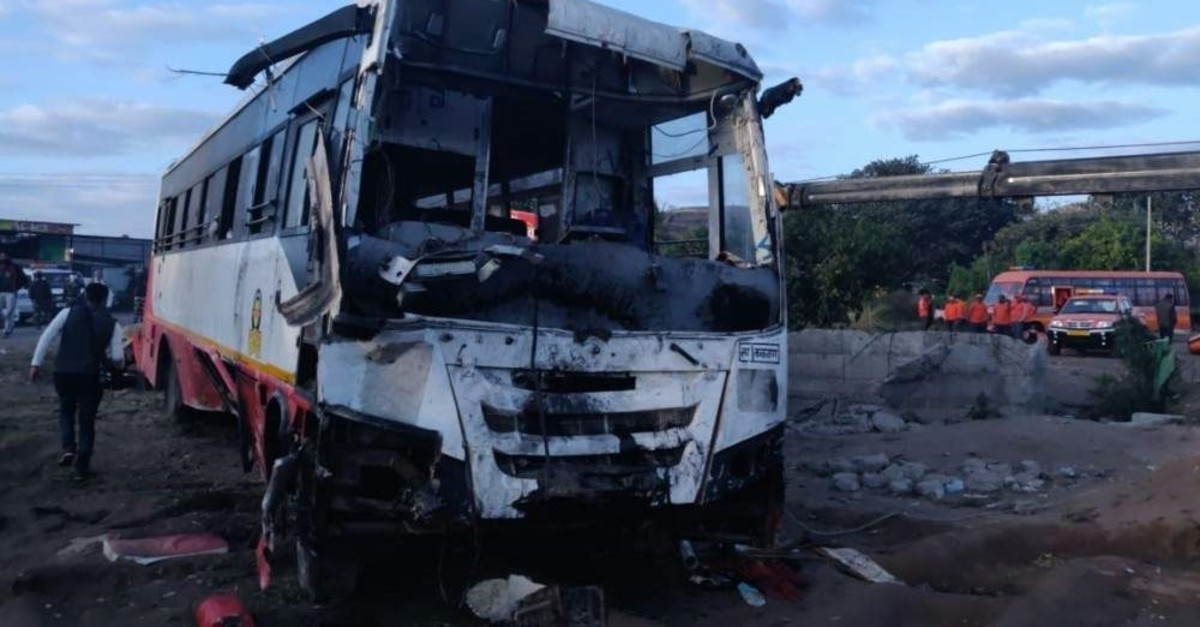 Both vehicles fell into a roadside well after the crash late Tuesday in Maharashtra state.

News agency Press Trust of India reported a 7-year-old girl was among the dead.

Prime Minister Narendra Modi offered condolences on the deaths and hopes for speedy recovery of the injured.

Deadly bus accidents are common in India. Around 150,000 people die every year on India's roads, often because of reckless driving, badly maintained roads and vehicles overcrowded with passengers.