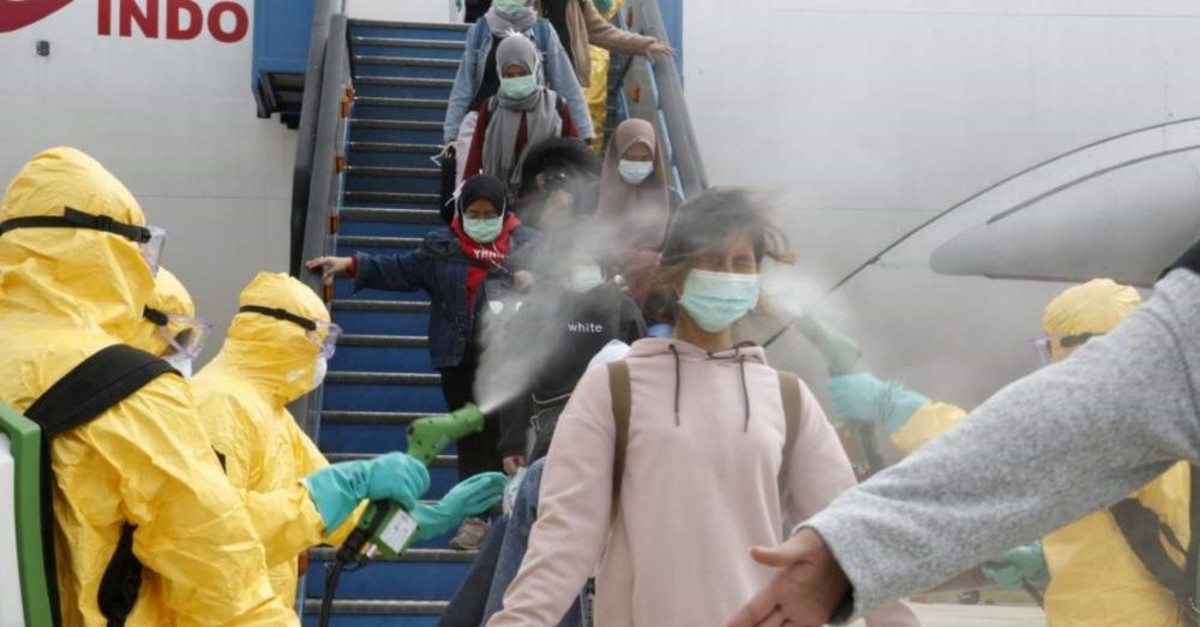 The spread of the coronavirus outbreak shows no signs of slowing, as China reported Tuesday a major spike in both confirmed cases and deaths. The disease has killed more than 425 people, with 64 deaths recorded, the biggest single-day tally yet. The virus has infected 20,400 people in China, with 3,235 new cases on Monday alone, an over 18% jump, nearly all of them in central Hubei province.

The World Health Organization (WHO) said Tuesday that the outbreak of the deadly new coronavirus, which has spread from China to two dozen countries, does not yet constitute a “pandemic.” "Currently we are not in a pandemic," Sylvie Briand, head of WHO's Global Infectious Hazard Preparedness division, told reporters in Geneva.

So far, 80% of victims were elderly individuals aged 60 or older and 75% had preexisting health conditions, such as diabetes, China’s National Health Commission said Tuesday. The mortality rate stood at 2.1%, the commission noted, much lower than the nearly 10% who lost their lives to SARS in 2002-2003, when nearly 800 people died worldwide. Over 97% of victims of the new virus hailed from central Hubei province, where a market that sold wild animals in the capital city, Wuhan, is believed to be the epicenter of the epidemic.

Middle-aged men, especially those diagnosed with chronic diseases, are found more likely to be exposed to the new coronavirus, according to Lancet medical journal.

A detailed analysis of the first 99 patients treated at Jinyintan Hospital in Wuhan, published in the Lancet medical journal, indicated that most of the treated patients were middle-aged, with an average age of 56, and 67 of them were men. The China Centers for Disease Control and Prevention said 1.2 men were infected for every woman.

"The reduced susceptibility of females to viral infections could be attributed to the protection from X chromosome and sex hormones, which play an important role in immunity,” Dr. Li Zhang of the Jinyintan hospital told BBC.

Only two fatalities have been reported outside mainland China so far: a 39-year-old man in Hong Kong who had traveled to Wuhan and a Chinese traveler from Wuhan who died in the Philippines. Hong Kong on Tuesday became the second place outside mainland China to report a death of a coronavirus patient as officials said they feared local transmissions were increasing in the densely populated city. Hong Kong now has 17 confirmed infections, the majority of which are people who were infected in mainland China. But four cases are suspected to be local transmissions, including two people confirmed Tuesday afternoon who have no history of recent travel to the mainland. Chuang Shuk-kwan, from Hong Kong's Centre for Health Protection, said the local transmissions were a cause for concern as they could suggest the city's outbreak was becoming self-sustaining.

The virus has spread to about two dozen countries since first being identified in December, prompting WHO to declare a global emergency. More than 180 cases of the new type of coronavirus have been confirmed beyond mainland China. Belgium has reported its first case of a new virus in a person who was repatriated from Wuhan. The health ministry said Tuesday the person was in good health and does not show any symptoms of the disease. The individual was among nine Belgians repatriated from Wuhan, China, over the weekend.

Three more Asian countries confirmed coronavirus infections on Tuesday among citizens who had not traveled to China. The virus has continued to spread with Singapore, Malaysia and Thailand on Tuesday reporting new infections that were not imported from China.

Singapore has reported six more cases, including four domestic transmissions, taking its tally of infections to 24, the health ministry of the southeast Asian city-state said Tuesday.

Thailand confirmed six new cases on Tuesday, four of them Thai nationals and two Chinese, bringing the total to 25, the highest number outside China. Thailand confirmed its first case of human-to-human transmission on Friday when a taxi driver tested positive.

In a sign of growing concern about a spread to other densely-populated Chinese metropolitan areas, authorities in three cities in eastern Zhejiang province, including one near Shanghai, limited the number of people allowed to leave their homes. Three districts in Hangzhou, including the area where the main office of Chinese tech giant Alibaba is based, now allow only one person per household to go outside every two days to buy necessities, affecting some 3 million people.