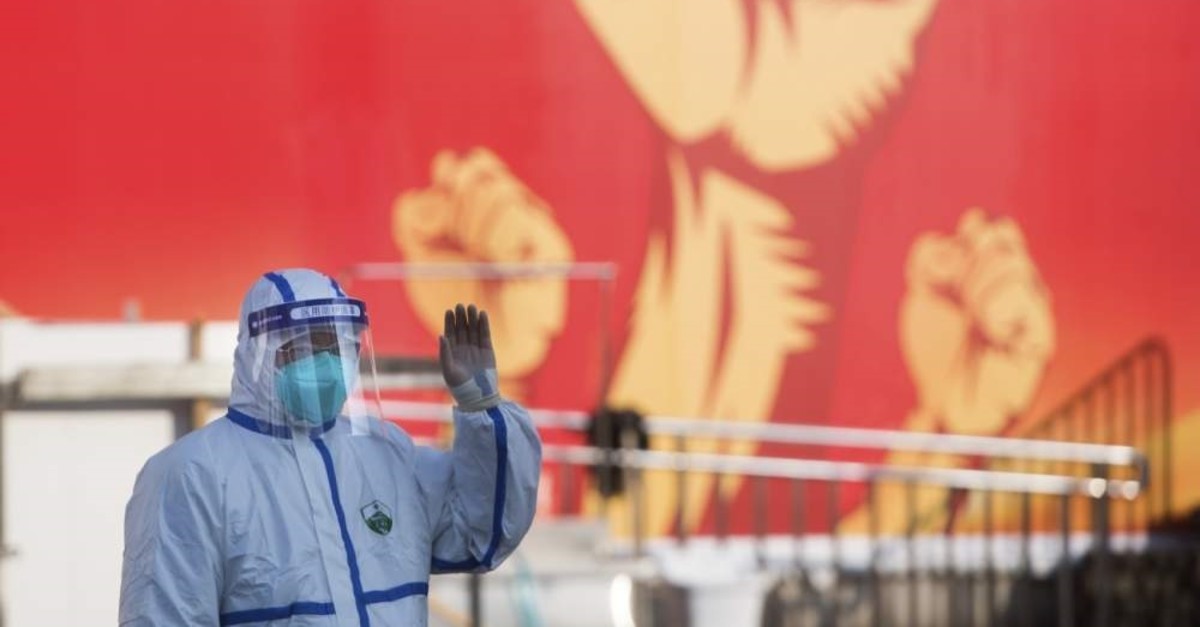 In this photo released by Xinhua News Agency, a medical worker waves near a propaganda poster as patients arrive at a temporary hospital with 1100 beds converted from the Wuhan Sports Center in Wuhan in central China's Hubei Province, Feb. 12, 2020. (Xinhua via AP)
by Compiled from Wire Services Feb 13, 2020 8:02 am

The number of fatalities and new cases from China's coronavirus outbreak soared Thursday with 242 more deaths and nearly 15,000 extra patients in hard-hit Hubei province as authorities changed their threshold for diagnosis.

At least 1,355 people have now died nationwide and nearly 60,000 have been infected after Hubei's health commission reported the new numbers.

In its daily update, Hubei's health commission confirmed another 14,840 new cases in the central province, where the outbreak emerged in December.

The huge jump came as local officials said they were changing the way they diagnose COVID-19 cases.

In the statement, the Hubei health commission said it would now include cases that were "clinically diagnosed" in its official toll. This means lung imaging on suspected cases can be considered sufficient to diagnose the virus, rather than the standard nucleic acid tests.

Of the dramatic jump in figures Thursday, it said the new classification accounted for 13,332 of the cases and just over half the new death toll.

Hubei health commission said the change would mean patients could get treatment "as early as possible" and be "consistent" with the classification used in other provinces. It said it had made the change "as our understanding of pneumonia caused by the new coronavirus deepens, and as we accumulate experience in diagnosis and treatment."

The ship, which is still carrying more than 3,500 passengers and crewmembers, has 218 people infected with the virus out of 713 people tested since the ship returned to the Yokohama Port on Feb. 3.

In all, Japan has 247 confirmed cases of the new disease.

Health Minister Katsunobu Kato told reporters that five of the patients sent to hospitals earlier have severe symptoms, are on artificial respirators or under intensive care.

Kato also said the government has decided to allow passengers older than 80 to get off the ship if they wish to do so after testing negative for the virus. He said results of tests on about 200 eligible passengers are underway, and those with chronic health problems or in cabins without operable windows will be given priority.

Kato said the measure is to reduce health risks of passengers stuck in rooms under difficult conditions. Those who are released will be asked to stay at a designated facility through the end of the quarantine period.

“We are doing our utmost for the health of crew members and passengers who remain on the ship,” Kato told a news conference.