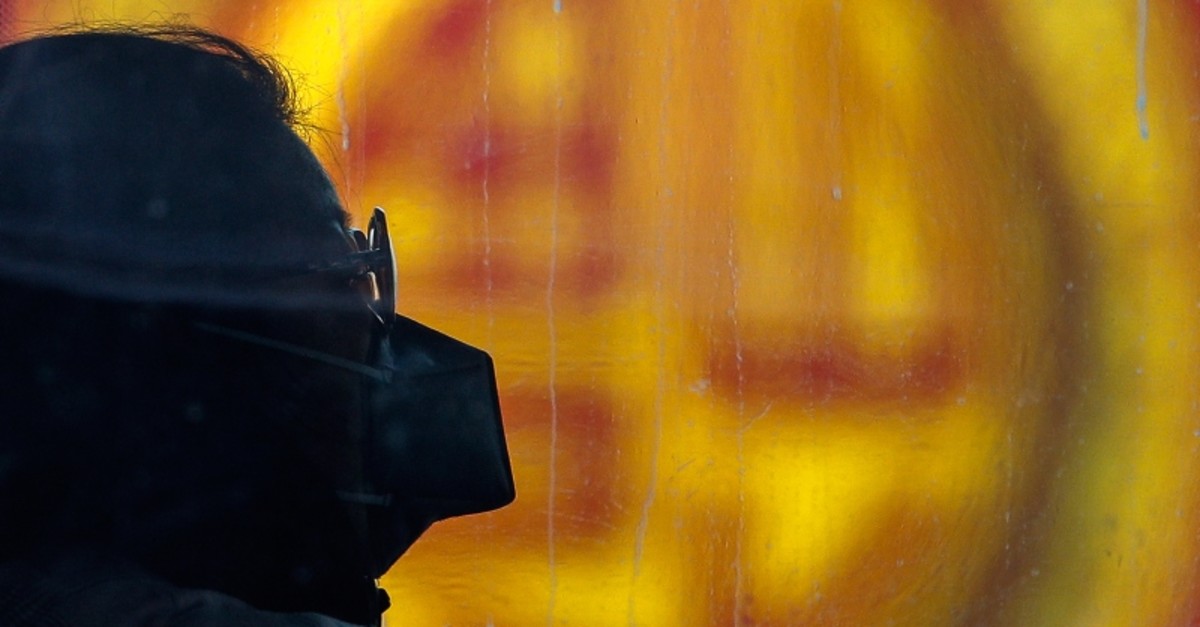 Amid concerns about shortages of protective equipment, more than 1,700 Chinese medical workers have been infected by the new coronavirus since the outbreak began, a senior Chinese official announced Friday, underscoring the country's struggle to contain a deepening health crisis.

Six of the workers have died, Zeng Yixin, vice director of the National Health Commission, said at a news conference. The health commission is "highly concerned about this issue" and has issued guidelines for the prevention and control of infection within medical institutions, he said. Shortages of masks and protective gear have sparked a crisis for medical staff as they deal with more than 60,000 cases of the deadly virus.

The death toll from China's virus epidemic neared 1,400 on Friday. Nearly 64,000 people are now recorded as having fallen ill from the virus in China, with officials revealing that 1,716 health workers had been infected.

The majority of cases of infections among health workers was in Hubei's capital, Wuhan, where many have lacked proper masks and gear to protect themselves in hospitals dealing with a deluge of patients. Some 80,000 medical workers were involved in combatting the epidemic in Wuhan, the city government said earlier this month.

The grim figures come a week after grief and public anger erupted over the death of a whistleblowing doctor who had been reprimanded and silenced by police after raising the alarm about the virus in December. The scale of the epidemic swelled this week after authorities in central Hubei province, the epicenter of the contagion, changed their criteria for counting cases, adding thousands of new patients to their tally. The health emergency in China has caused fears of further global contagion, with more than two-dozen countries reporting hundreds of cases among them. Three people have died outside mainland China.

Meanwhile, a shortage of surgical masks has added to anxiety about the spread of a deadly coronavirus in neighboring countries. Nearly 1.5 million people joined an online queue to buy face masks from chain pharmacy Watsons on Friday in Hong Kong, as reported by German news agency, DPA. Watsons told local broadcaster RTHK that, though only 30,000 people were able to purchase the masks, 1.49 million people joined the queue to register for purchase before the online page closed Friday afternoon.

In Taiwan too, people are keen to protect themselves against Covid-19 and leaders sought to reassure the residents that there is no shortage of protective gear. As of Friday, Taiwan has reported 18 cases of the virus, all linked to people returning from China or transit in Hong Kong, with no fatalities. Taiwanese President Tsai Ing-wen and Prime Minister Su Tseng-chang visited factories producing alcohol sanitizers and face masks respectively on Friday. Each person covered by Taiwan's national health insurance is allowed to purchase two masks a week at a unit price of five New Taiwan dollars ($0.17).

Vietnam has denied permission to dock to two cruise ships amid fears of coronavirus infections on board, according to state media, ship tracking websites and messages posted to social media by passengers. Because of the virus, many cruises in Southeast Asia are being canceled while others currently sailing are being re-routed, skipping originally scheduled stops in China, Hong Kong and Singapore.

Stoking fears in countries that usually allow cruise ships to dock is the quarantine in Japan of the Diamond Princess, also managed by a unit of Carnival Corp. Of the 3,700 passengers and crew on that vessel, 218 have tested positive for the virus.

Passengers on another Carnival Corp cruise ship, the MS Westerdam, spent two weeks at sea after being turned away by five countries, including Thailand, over coronavirus fears, before they began to disembark in Cambodia on Friday.

The Norwegian Jade, operated by Norwegian Cruise Line Holdings Ltd, was also denied permission to dock in Vietnam, passengers on board the ship said in Twitter messages, but its captain said there were no virus cases on board.