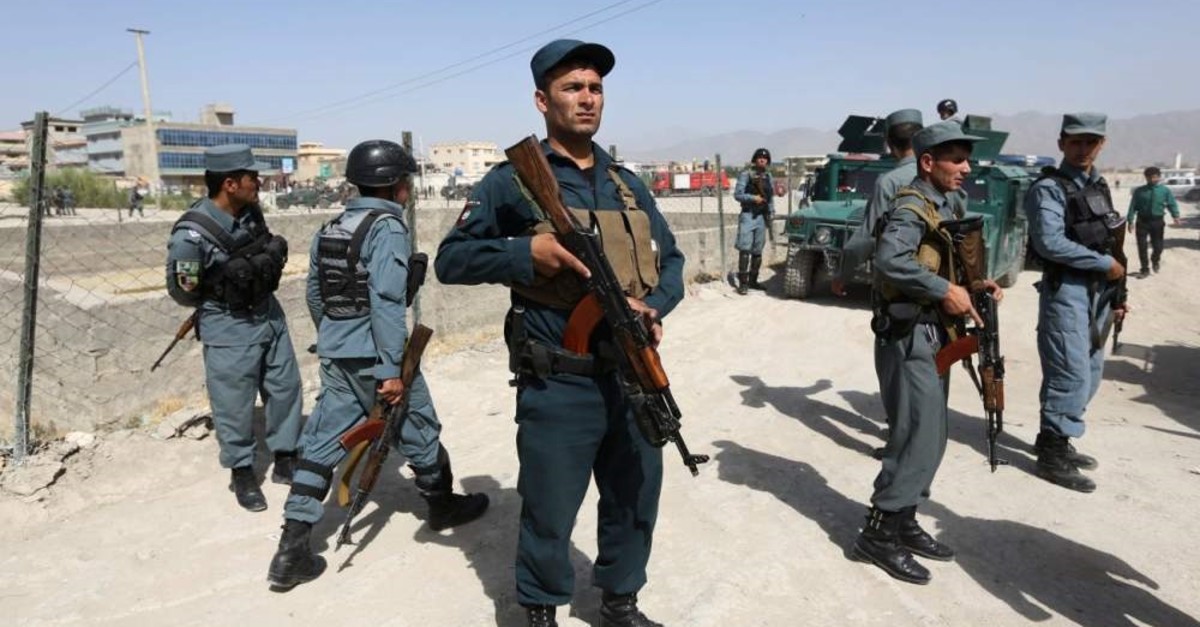 Afghan security forces inspect the site of a suicide attack after clashes with Taliban fighters at the gate of an intelligence facility, Kabul, July 7, 2015. (AP Photo)
by Compiled from Wire Services Feb 21, 2020 2:07 pm

The United States is preparing to sign a deal with the Taliban on Feb. 29, building on an agreement on reducing violence across Afghanistan, Secretary of State Mike Pompeo said Friday.

"Upon the successful implementation of this understanding, the signing of the U.S.-Taliban agreement is expected to move forward," he said in a statement released after a visit to Saudi Arabia.

A weeklong "reduction in violence" between the Taliban, the U.S. and Afghan security forces will commence soon, an official said Friday, ahead of the signing of the deal between Washington and the insurgents.

If the partial truce goes ahead, it would mark a historic step in more than 18 years of grueling conflict in Afghanistan and would pave the way for a deal that could, ultimately, see the end of the war.

"Based on the plan, the reduction in violence (RIV) will start between the Taliban and international and Afghan security forces for one week," Javid Faisal, spokesperson for the Afghan National Security Advisor, told Reuters. "We hope it is extended for a longer time and opens the way for a cease-fire and intra-Afghan talks," he added.

Pompeo said that intra-Afghan negotiations would begin shortly after the Feb. 29 signing, expected to take place in the Qatari capital Doha.

They will "build on this fundamental step to deliver a comprehensive and permanent cease-fire and the future political roadmap for Afghanistan," he said.

Pompeo added that challenges remain, but that progress made so far "provides hope and represents a real opportunity. The United States calls on all Afghans to seize this moment."

Three senior Taliban leaders, two in Doha and one in Afghanistan, also confirmed to Reuters that they had agreed on a reduction of violence in Afghanistan for seven days starting Friday night.

One Taliban leader based in Doha told Reuters that the period could not be called a "cease-fire." "Every party has the right of self-defense but there would be no attacks on each other’s positions in these seven days,” the Taliban leader said. “It is to create a security environment in Afghanistan and can be extended if things go well after the signing of a peace accord with the U.S.,” he added.

The U.S. has been in talks with the Taliban for more than a year to secure a deal in which it would pull out thousands of troops in return for Taliban security guarantees and commitments.

A reduction in violence would show the Taliban can control their forces and demonstrate good faith ahead of any signing, which would see the Pentagon withdraw about half of the 12,000-13,000 troops currently in Afghanistan.

Afghan officials have said the U.S.-Taliban deal could be finalized Feb. 29 in Doha, assuming the reduction in violence proceeds to plan. The Taliban source in Pakistan said: "Both sides have agreed to sign the agreement on Feb. 29," adding that talks between the Taliban and the government, needed to cement a broader peace deal, are slated to start on March 10.