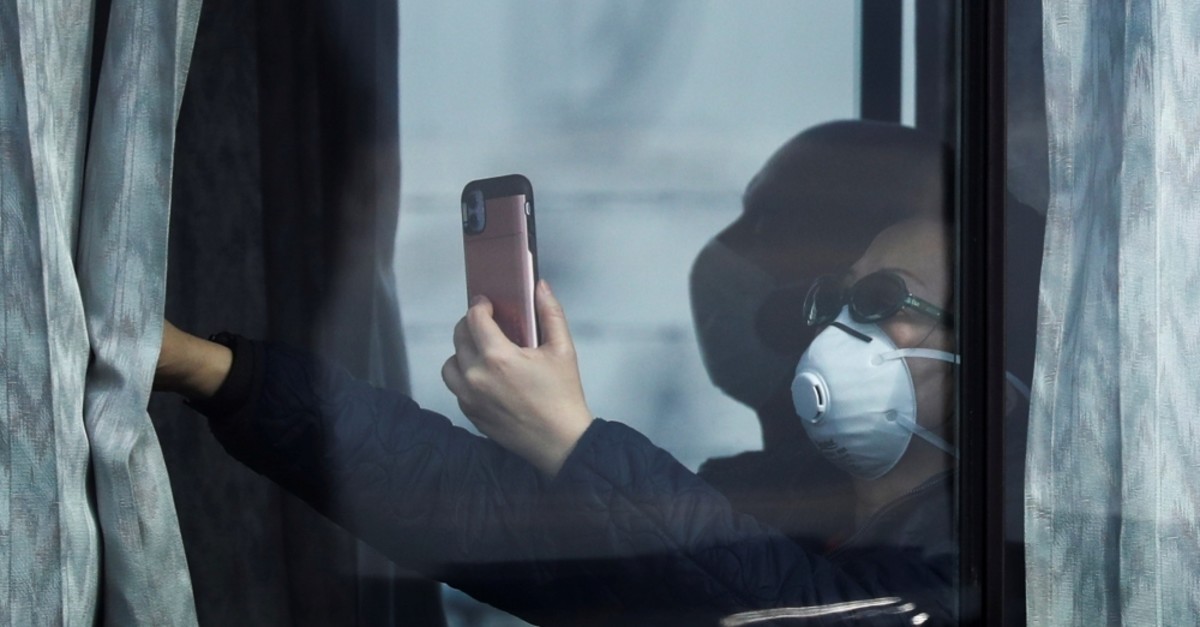 Around 100 more passengers were allowed to disembark from the coronavirus-stricken Diamond Princess cruise ship on Saturday as Japan's health minister apologized after 23 others were allowed to leave without being properly tested.

The news came as a Japanese woman who left the ship on Wednesday tested positive for the virus after returning home to Tochigi Prefecture, Kyodo news agency reported, citing the prefectural government.

She is the first person to have tested positive for the virus among the group of approximately 970 passengers who disembarked earlier this week, it said.

The 100 passengers who left on Saturday had been in close contact with infected people on board, local media said.

They included the last group of Japanese passengers to leave the ship, while some foreign passengers were still waiting on board for their governments to send chartered aircraft.

Television footage showed a driver in a white protective suit at the wheel of a bus with the curtains drawn so that passengers could not be identified.

They will be quarantined for two weeks near Tokyo, officials said.

At a news conference on Saturday, Health Minister Katsunobu Kato apologized for 23 passengers having been allowed to leave the ship without undergoing all the required tests.

"We deeply regret that our operational mistake caused the situation," Kato said, adding that the passengers would be tested again.

With the latest disembarkation, a 14-day quarantine is expected to start for more than 1,000 crew still on board.

Many of them were not placed in isolation as they were needed to keep the ship running – preparing food and delivering meals to cabins. Critics have charged that they were inadvertently spreading the virus throughout the ship, which has seen more than 600 cases of the potentially deadly COVID-19 disease.

Kato defended Japan's on-board quarantine, telling a TV program Saturday there was no medical facility large enough to admit more than 3,000 people at once.

Meanwhile, 18 repatriated Americans and one Israeli who returned home from the ship have tested positive, authorities from the two countries announced Friday.

Kato also confirmed that a Japanese hospital on Saturday used the anti-influenza medication Avigan, also known as Favipiravir, to treat a patient infected with the virus.

Earlier in the day, Kato said the government would push for the use of such medicines if they were confirmed to be effective.

Outside the Diamond Princess, Japan has seen 105 cases of the new coronavirus.