Mercedes hopes to revive the Maybach 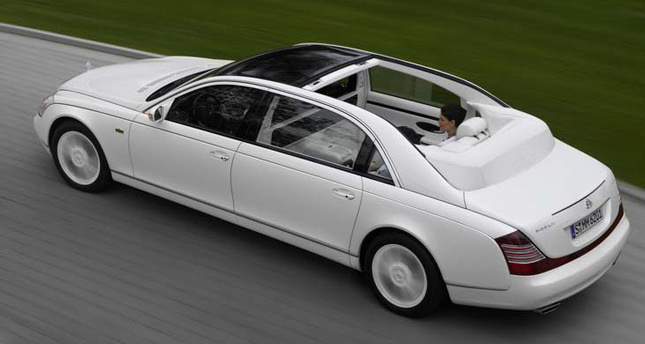 by Apr 16, 2014 12:00 am
FRANKFURT — Daimler is set to revive Maybach, a brand once coveted by oligarchs, rap stars and royals, to woo a growing class of ultra-wealthy clients in Asia and the United States, a person familiar with the company's plans said.

The brand will be used to adorn an exclusive version of its S-Class limousine fitted with soft-touch leather and bespoke materials to help lure clients from other high-end brands like Rolls Royce and Bentley.

The Maybach will be showcased at both the Guangzhou and the Los Angeles auto shows in November and cost more than double the
165,000-euro ($228,000) asking price of its current flagship, the Mercedes-Benz S600, the person said.

Not to be outdone, rival BMW is expected to unveil a concept version of its top-of-the-line 7-series limousine at the Beijing auto show later this week, as it seeks to attract Chinese clients who are snapping up German premium cars.

The Mercedes Maybach will have a wheelbase that is 20 centimeters longer than even the extended version of its S-Class, allowing for extra leg space and making it the longest limousine in the Mercedes range until the expected launch of an even longer Pullman version, the source said.

Daimler stopped making bespoke Maybach limousines in 2012 after efforts to sell cars based on a unique design and costing around $380,000 failed to gain traction with clients.

Only 200 Maybachs were sold in 2011, but the cars were coveted by celebrities including Russia's Roman Abramovich, hip hop musician Jay-Z and King Juan Carlos of Spain.

Since mid-2012, the number of millionaires worldwide has grown by nearly 2 million, the vast majority of them in the United States and Asia, Credit Suisse said in its World Wealth Report.

There are 98,700 individuals with assets worth more than $50 million each, and by 2018, global wealth will jump a further 40 percent to reach $334 trillion, the Swiss bank's study shows.

A Mercedes-Benz Pullman "state limousine" designed to ferry around politicians is also under development and is set to cost up to $1 million in its armour-plated version, said the person familiar with Daimler's plans.

The car is expected to have a wheelbase that is a full meter longer than that found in the current S-Class, to allow for an extra row of rear-facing seats in the passenger compartment.

The original Mercedes-Benz Pullman 600, launched by Mercedes-Benz at the Frankfurt auto show in 1963, was over 6 meters in length and had a top speed of 200 kilometers per hour (124 mph). It gained notoriety as a "dictator ship" because it proved so popular with despots.

Owners of the Pullman, which had a complex hydraulic suspension that allowed it to hustle along at high speeds on bad quality roads, included Ugandan dictator Idi Amin, Shah Reza Pahlavi of Persia, the Romanian dictator Nicolae Ceaucescu and Yugoslavia's Josip Broz Tito.

At the time, Mercedes wanted to show rivals Rolls-Royce and Cadillac that it could make a car that was comfortable even at high speeds, a feat that was difficult for armour-plated vehicles weighing over 3.4 tons.