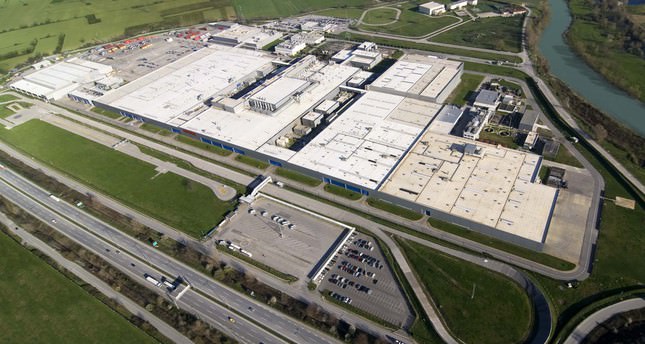 by AA Jul 14, 2014 12:00 am
Toyota Motor Manufacturing Turkey exported 116 percent more road vehicles in the first half of the year compared to the same period in 2013, the Turkish Automotive Manufacturers' Association said on Monday.

The company exported more than 61,000 vehicles from its Turkey-based factory during the first half of the year, which made Toyota the third largest car exporter in the country, the association said in a statement.

Orhan Ozer, the company's CEO, said on Jan 30 that Toyota in Turkey projected to sell 130,000 automobiles in 2014 and was aiming at exporting 80 percent of their production during the year.

The company's plant in Turkey was the first site to start production of the new generation Corolla outside Japan.

In line with a global production strategy, Toyota Turkey did not produce the Corolla-said to be the world's highest selling car-between 2007 and mid-2013.

Turkey exported 12 percent more motor vehicles and parts in the first half of the year compared to the same period in 2013, bringing in $11.71 billion of revenue, according to data released by the Turkish Exporters' Assembly in early July.

The exporters' group said that in the first six months of the year, 157 countries and 14 free zones received automotive exports from Turkey.

Germany accounted for 16.46 percent of the sector exports worth $1.92 billion. Europe's biggest economy was followed by England, which imported $1.25 billion worth of Turkish automotives.