Carmakers optimistic about US market prospects in 2015 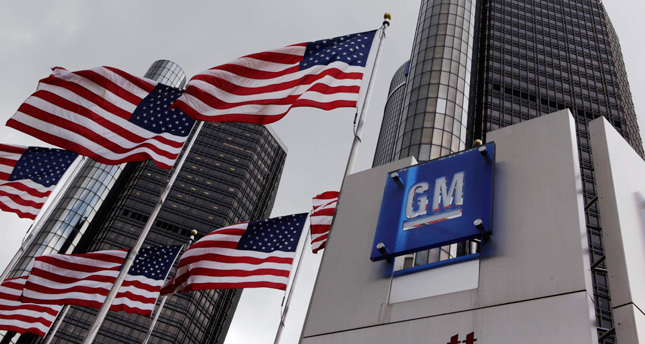 by Dec 18, 2014 12:00 am
American carmakers are bullish as November car sales hit their best level in more than a decade. The sales were helped by the "Black Friday" marketing push on the Thanksgiving Day weekend and the potential for gasoline prices to continue to fall. More jobs, cheaper fuel prices and stronger household spending power is also shifting the shape of the market, with less fuel-efficient sport utility vehicles and trucks doing well while the hybrid and electric car market putts along. Carmakers reported sales in November running at an annual pace of 17 million units.

Kurt McNeil, U.S. vice president of sales operations at General Motors, said they do not expect the strong market to abate next year. "More people have jobs and job security, their wages are starting to increase, household wealth is growing and low pump prices look like they're here to stay through 2015," McNeil said. "We think next year looks very promising for us," said Fred Diaz, senior vice president of sales and marketing for Nissan North America. Joe Eberhardt, president of Jaguar Land Rover North America, said that he is comfortable with predictions that strong sales will continue next year.

"The outlook is very stable and very promising," he said. Most analysts expect a pickup in economic growth next year to 3 percent or more, with firm growth in jobs and higher wages. Reduced gasoline prices alone are saving the economy roughly $180 million per day, putting the money into the pockets of consumers. Over the coming year, he said, "consumer spending on gasoline will be about $92 billion less, at around $750 per household," explained IHS Global Insight economist Doug Handler. "Based on recent data, consumer spending is poised to make 2015 the best year for the economy since 2005," said Richard Curtin, director of surveys at the University of Michigan Institute for Social Research. Survey data shows cars figure big in consumers' spending plans, driving possibly 2 percent growth in unit sales next year.

The University of Michigan Transportation Research Institute forecasts that U.S. sales will hit 16.3 million vehicles this year and rise to 16.6 million in 2015. With the strong sales, though, comes a shift in the kind of vehicles consumers are choosing. "The lower energy prices are certain to reduce demand for fuel efficiency," said Handler. Volkswagen spokesman Mark Gillies said that despite its overall sales increase in November, sales of higher-mileage diesel-powered vehicles have declined. "We were selling about 23 percent diesel across the entire fleet. But in the last couple of months the percentage has dropped to about 16 percent as gasoline prices have dropped," he said. While Toyota posted its best November sales in 13 years, sales of the Prius, the mainstay of the Japanese automaker's fleet of hybrids, dropped 13.5 percent in November and are down 11 percent for the year. Overall in November, the average fuel economy of cars and light trucks sold was 25.3 miles per gallon, down from 25.8 miles per gallon in August, according to the Transportation Research Institute.