Hyundai, Kia brace for weakest growth in a decade 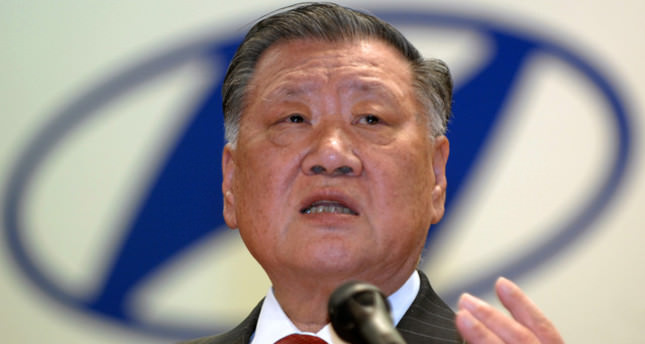 Hyundai Motor Co. and its affiliate Kia Motors Corp. are forecasting their weakest growth in yearly car sales in more than a decade as competition intensifies and the global economy slows. Hyundai Motor Group, the world's fifth largest automaker, said Friday the two carmakers aim to sell a combined 8.2 million vehicles this year. That would be an increase of just 2.5 percent from last year's sales about of about 8 million vehicles. Sales grew 4 percent in each of the past two years.

Chairman Chung Mong-koo told employees in his New Year's speech that the group should cut costs, increase productivity and share components to fend off competition from Japanese rivals boosted by a cheap yen.

Sales of Hyundai and Kia cars grew at double digit rates until 2011 as the group weathered the 2008 financial crisis by introducing new designs and marketing. The Korean group was also aided by a weak local currency. ın 2010, car sales at Hyundai and Kia jumped 24 percent combined as exports surged.

But that momentum has slowed since 2012 as the won strengthened against the yen and as foreign auto brands gained popularity in South Korea, hurting Hyundai and Kia's domestic sales. A series of recalls and quality issues also challenged Hyundai at home and overseas. Chung said the auto group will put priority on improving its brand and boosting its research and development. The group will increase investment in eco-friendly technologies and its brand this year.

The report cited experts that the companies' capacity to expand production was currently limited. Hyundai said in November it was building two new plants in China, taking its factories in the country up to five, but they are not due to come online until 2018. The combined Hyundai and Kia groups make up the largest carmaker in South Korea and the fifth worldwide.