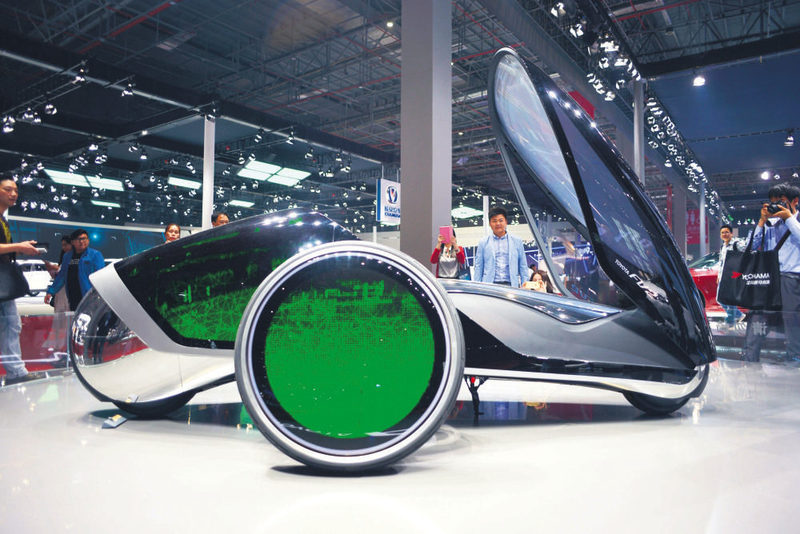 by Associated Press Apr 23, 2015 12:00 am
Toyota Motor Corp. is still at the top in global vehicle sales after the first quarter, selling 2.52 million vehicles around the world, outpacing rivals Volkswagen and General Motors even as weakness in Japan dragged on its growth. The Japanese automaker has been the world's top-selling automaker for the past three years. No. 2 Volkswagen Group of Germany reported last week that it sold 2.49 million vehicles for the January-March period. Volkswagen edged out U.S. automaker General Motors Co., which reported global sales of 2.4 million vehicles earlier this week. Toyota's global vehicle sales, according to the number released yesterday, were down 2 percent from a year earlier, as vehicle sales in Japan lagged. Volkswagen's sales were up 1.8 percent year-on-year, while GM's were up 1.9 percent. The race among the three automakers is intense, playing out worldwide, including relatively new markets such as India and China, although each of them emphasize that the real competition is about coming out with good products, not beating rivals.

Toyota, which makes the Prius hybrid, Camry sedan and Lexus luxury models, has had its ups and downs, such as a recall fiasco that began in 2009, as well as the 2011 tsunami and quake disaster in northeastern Japan that hobbled its parts-supply chain and factory production.

Toyota President Akio Toyoda, the grandson of the company's founder, put ambitions for aggressive growth on hold for some years after the recall scandal, which resulted in millions of vehicles being recalled, mostly in the U.S., for an array of defects.
Last Update: Apr 23, 2015 11:24 pm
RELATED TOPICS