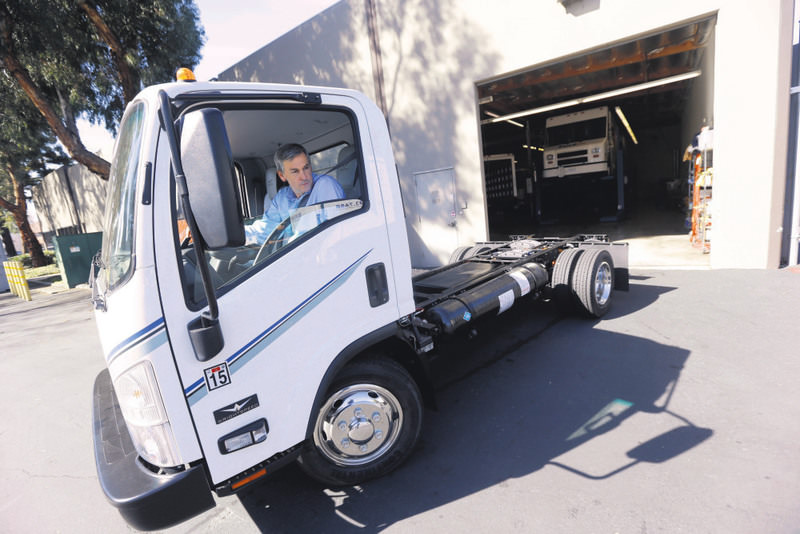 by Associated Press Jun 02, 2015 12:00 am
Twelve years ago, Ian Wright and some fellow engineers launched Tesla Motors, a Silicon Valley company that has helped jumpstart the market for electric cars. Now, the Tesla co-founder wants to electrify noisy, gas-guzzling trucks that deliver packages, haul garbage and make frequent stops on city streets. His latest venture, Wrightspeed, doesn't make the whole truck. Rather it sells electric powertrains that can be installed on medium-and heavy-duty commercial vehicles, making them cleaner, quieter and more energy-efficient.

"We save a lot on fuel. We save a lot on maintenance, and we make the emissions compliance much easier," said Wright, a New Zealand-born engineer who left Tesla when it was still a small startup in 2005.

Wrightspeed is one of a growing number of companies that are trying to transform the market for commercial trucks that consume billions of gallons of fuel while spewing tons of carbon dioxide, nitrogen oxide and other pollutants. While more consumers are switching to electric cars like the Nissan Leaf, Chevy Volt or Tesla Model S, convincing commercial fleet owners to replace their diesel trucks won't be easy. "It takes a lot of technological ambition to break into such an old and established market," said Mark Duvall, a research director at the Electric Power Research Institute in Palo Alto. "If you want to sell a fleet owner an electric truck, you have to convince them that it's better than what they're already using. So the bar is set very high." Wright's company is installing its powertrains on 25 FedEx delivery trucks and 17 garbage trucks for the Ratto Group, a Santa Rosa-based waste management company. Its plug-in powertrains feature an electric engine, battery system and on-board power generator that runs on diesel or natural gas and recharges the battery when it gets low.