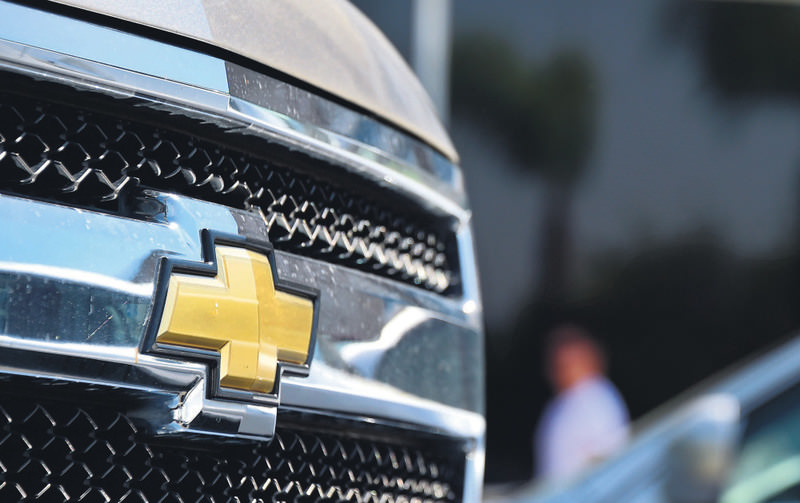 by Jun 04, 2015 12:00 am
U.S. auto sales accelerated in May to their fastest pace since 2005 as easy credit and low fuel prices lured buyers into showrooms, industry data showed Tuesday.

Total industry sales rose 1.6 percent compared with May 2014 while the sales pace came in at an adjusted, annualized rate of 17.9 million vehicles, according to Autodata.

That's up sharply from a pace of 16.5 million in April and the highest rate since employee pricing incentives at the Detroit Three pushed the pace to 20.1 million in July 2005.

While the sales pace was slightly inflated by a quirk of the calendar - there were five weekends this May along with the Memorial Day holiday - analysts said it remains good news for automakers and the economy as a whole. "This illustrates the underlying strength of our industry," Ford economist Yong Yang said in a conference call.

And automakers ought to be able to turn a healthy profit as consumers open their wallets for upgrades and pricier models.

"With the national average price of gasoline down nearly a dollar per gallon on average from one year ago, truck and SUV demand remains strong, elevating average transaction prices, especially for domestic automakers," Brauer said.

"We also saw incentives spending remain nearly flat in May, which shows the strength of the overall new-car market."

"We saw a good number of zero-percent (financing) deals throughout the month, Caldwell said. "Eased credit conditions continue to make it attractive for car buyers looking to finance their purchase." General Motors posted its best May since 2007 as sales rose 3 percent to 293,097 vehicles.

Ford sales declined 1 percent to 250,813 when compared with May 2014, but the second largest U.S. automaker said demand was strong for its newest products.

Ford announced plans Monday to cut its traditional summer shutdown in half to just one week at six of its plants in order to build an extra 40,000 units of its most popular trucks and SUVs: the F-150, Edge, Escape and Explorer. Toyota sales were flat at 242,579 units. Honda sales rose 1 percent to 154,593 vehicles in May. Nissan sales fell 1 percent to 134,779 vehicles. Hyundai - which has a lineup light on popular larger vehicles - reported a 10 percent drop to 63,610, allowing Kia to close in on the number seven spot as its sales rose four percent to 62,433.

Total industry sales were 1.63 million vehicles in May, up from 1.61 million a year ago, according to Autodata. Sales for the first five months of the year were up 4.5 percent at just over 7 million.
RELATED TOPICS