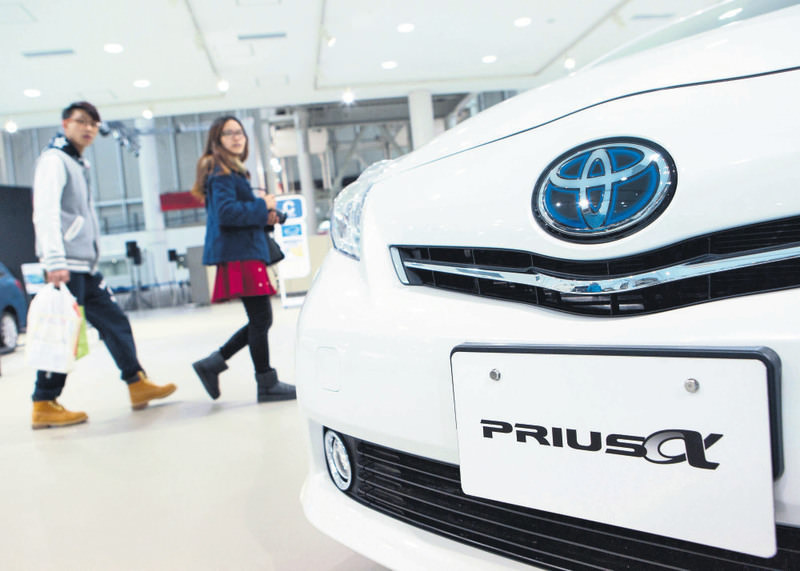 by Jul 15, 2015 12:00 am
Toyota recalled 625,000 hybrid vehicles globally on Wednesday, mostly the Prius model favored by the eco-conscious, over a defect that can bring the car to an unexpected stop. The Japanese automaker said the problem was linked to software that controls a power converter, similar to an issue last year that led to the recall of 1.9 million Prius cars - Toyota's biggest ever for its signature petrol-electric vehicle.

Toyota, the world's biggest car maker, added that no accidents or injuries had been reported. "In limited instances, the hybrid system might shut down while the vehicle is being driven, resulting in the loss of power, bringing the vehicle to stop," it said. The latest call back affected the Prius V, which is also sold as the Prius Alpha and Prius+, as well as some Auris hybrid vehicles.

More than half the recalled vehicles were sold in Japan with most of the others in North America and Europe between May 2010 and November 2014.

The Prius was one of the first hybrid cars to go mainstream and was quickly adopted as a symbol of green technology, with the likes of actors Leonardo DiCaprio and Cameron Diaz snapped behind the wheel.

Toyota has sold more than 7 million hybrid cars globally since the debut of its Prius hybrid in 1997 in the first mass production of environmentally conscious cars. The company has roughly 30 hybrid models sold in more than 90 countries.
Last Update: Jul 15, 2015 9:56 pm
RELATED TOPICS