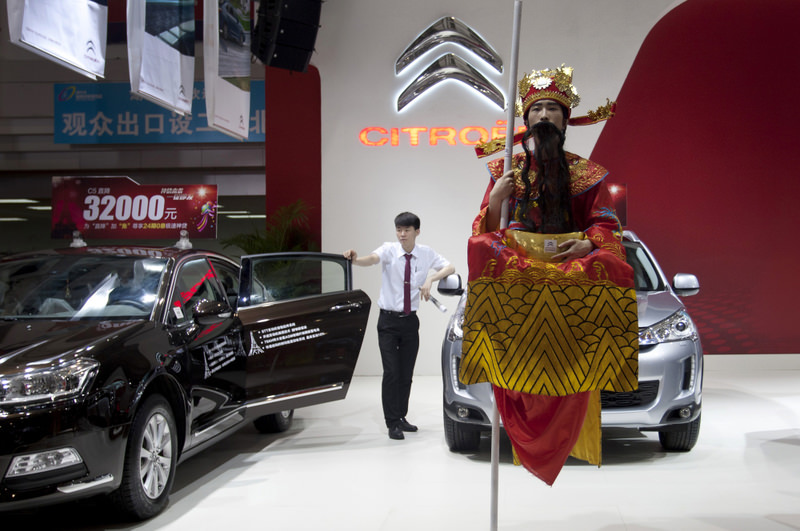 by Associated Press Aug 13, 2015 12:00 am
The slump in China's auto market worsened in July as sales contracted by 6.6 percent, industry figures showed on Wednesday. Drivers in the world's biggest market by number of vehicles bought 1.3 million cars, minivans and other passenger vehicles, according to the China Association of Automobile Manufacturers. Sales growth that peaked at 45 percent in 2009 has declined steadily as the world's second-largest economy cooled and cities imposed ownership limits to curb smog and congestion. The fall in recent months has been far sharper than expected, leading General Motors Co., Volkswagen AG and Chinese SUV brand Great Wall Motors to cut prices. Global auto brands have invested heavily in trying to appeal to Chinese tastes. GM announced a $5 billion initiative on July 22 to develop models with its main Chinese partner, Shanghai Automotive Industries Corp., to sell in China, India, Brazil and other developing markets. July's slide in sales followed June's 3.4 percent fall, which was only the third such monthly contraction since September 2012.

This year's downturn has been so abrupt that industry analysts who expected sales growth of up to 8 percent have cut their forecasts to as little as 1.7 percent. Total vehicle sales, including trucks and buses, contracted by 7.1 percent in July to 1.5 million vehicles, according to CAAM. Some vehicle types were relatively strong. SUV sales rose 34.2 percent to 393,000 vehicles. For the seven months through July, passenger vehicle sales rose 3.9 percent over a year earlier to 1.1 million units. Total vehicle sales came close to stalling, rising just 0.4 percent over the same period of 2014 to 1.3 million. Sales by Chinese brands rose 5.1 percent to 494,000 and their total market share rose by 1.2 percentage points to 38.9 percent. General Motors Co., which competes with VW for the status of China's biggest-selling auto brand, said sales by the company and its Chinese partners declined 4 percent in July to 229,175 vehicles.