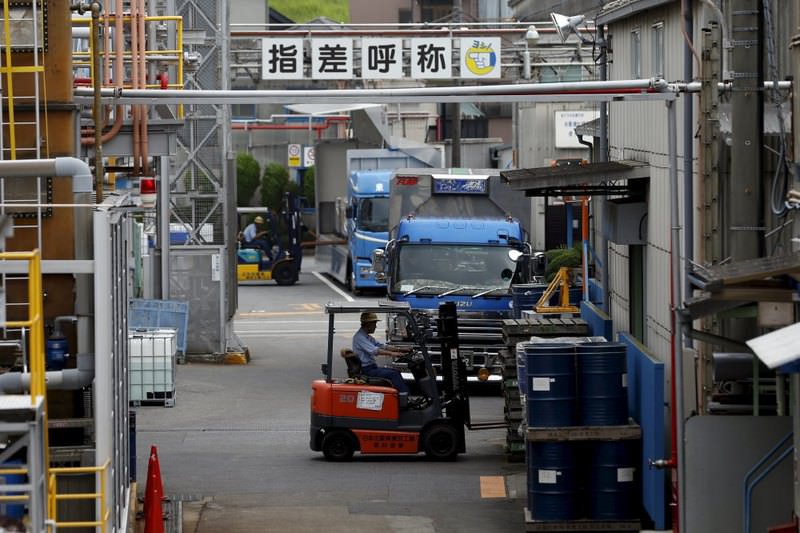 by Aug 22, 2015 12:00 am
Toyota Motor Corp, in a bid to reduce its risk from potentially lethal air-bag inflators supplied by Takata Corp, will buy millions of them from smaller parts maker Nippon Kayaku Co, people familiar with the matter said. The Japanese carmaker asked the second-tier supplier last month to increase production so it can supply Toyota with more than 13 million inflators from next July until 2020, said a person with direct knowledge of the deal and a second individual who was briefed on it.

The move is the most proactive yet by manufacturers affected by the world's biggest automotive recall, which has prompted more than 10 automakers to recall tens of millions of vehicles since 2008 to replace Takata air bags. Takata air-bag inflators have been linked to eight deaths and more than 100 injuries after exploding with excessive force, spraying shrapnel inside vehicles. Automakers are bearing the cost of most recalls while the root cause is investigated.Lawmakers in the United States have urged Takata to recall immediately all cars equipped with the company's air bags, a demand that could affect more than 50 million cars on U.S. roads. Toyota based the amount of Nippon Kayaku purchases on the number of vehicles with Takata-made inflators it thinks could become dangerous as the cars age over the next few years, the people said. If Toyota switches to Nippon Kayaku inflators, it "will replace the high-risk ones, in other words the older ones, first and then proceed sequentially" to newer inflators, one individual said.

Takata has said long-term exposure to heat and high humidity can make its air bags deploy too forcefully. All the vehicles recalled so far are at least five years old. Toyota asked Nippon Kayaku, a century-old company that also manufactures chemicals and pharmaceuticals, to expand its production facilities to meet the demand, said the sources, who asked not to be named because the discussions are confidential. Shares in Nippon Kayaku were up as much as 2.9 percent after the initial Reuters report. They were down later, but still outperforming the wider market. Shares in Toyota and Takata were both down, in line with the market.

The sources declined to say how much the purchases would cost Toyota, but average inflator prices suggest a total of around $100-$150 million. Toyota considers a switch to Nippon Kayaku inflators as a precaution in case further recalls are required, said the person with direct knowledge of the deal. Toyota, which has to date recalled more than 12 million vehicles with Takata-made air-bag inflators, is a pioneer of lean manufacturing and keeps minimal inventory to reduce costs and improve efficiency.

After being criticised for acting too slowly on a separate major recall crisis of its own five years ago, Toyota, which vies with Volkswagen as the world's biggest carmaker, wants to be able to replace at-risk inflators promptly if it needs to, the sources said.

The move does not mean Toyota will stop buying Takata inflators, one of the individuals said. Toyota "won't do anything to crush Takata", he added. Takata uses inflators made by supplier Daicel Corp as well as its own, and this has increased with the demand for replacements since the recall. Nippon Kayaku employs almost 5,200 staff on a consolidated basis. Total group sales in the year to end-March rose 1.1 percent to nearly 162 billion yen ($1.3 billion). Previously Honda Motor Co helped Daicel finance a production increase to meet demand for replacement air bags, said a person familiar with that deal, and Sweden's Autoliv Inc has also boosted production of replacement inflators at automakers' requests.