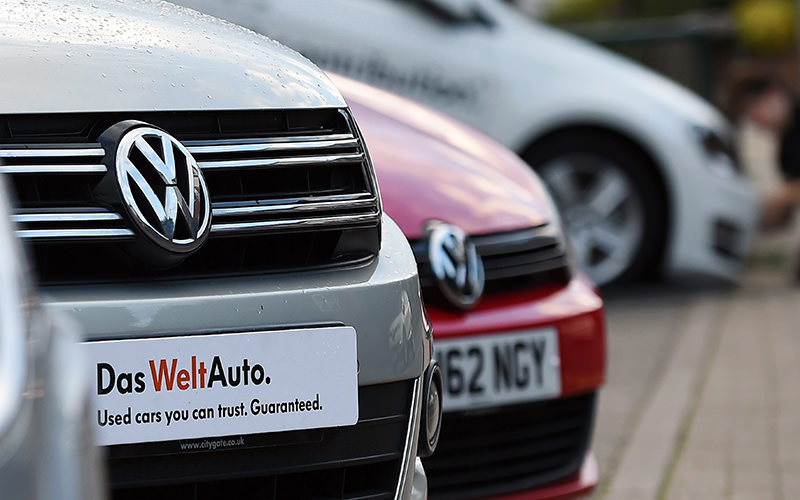 New Volkswagen cars at a dealership in High Wycombe, north west of London, Britain, 22 September 2015 (EPA Photo)
by Anadolu Agency Sep 26, 2015 12:00 am
Switzerland banned the sale of Volkswagen diesel vehicles on Saturday, local media reported, marking the sternest reaction to the emissions scandal that has hit the German carmaker.

The ban applies to Euro5 models produced between 2009 and 2014, which include most of the cars fitted with software to cheat emissions tests.

The Federal Roads Office estimated the ban would affect up to 180,000 new and unsold vehicles. Motorists who already own one of the banned models will be allowed to continue driving.

Other nations, including Germany, Britain and the United States have launched investigations into emissions from Volkswagen vehicles.

The company has admitted 11 million vehicles, including Volkswagen, Audi, Skoda and Seat brands, were equipped to fool emissions tests but pump out harmful pollutants when driven. It faces fines of up to $18 million in the U.S. and has experienced a huge fall in its share value.

Last week, the U.S. Environmental Protection Agency made the first allegations against Volkswagen. CEO Martin Winterkorn resigned after executives admitted knowing about the scheme and was replaced by Matthias Mullet.