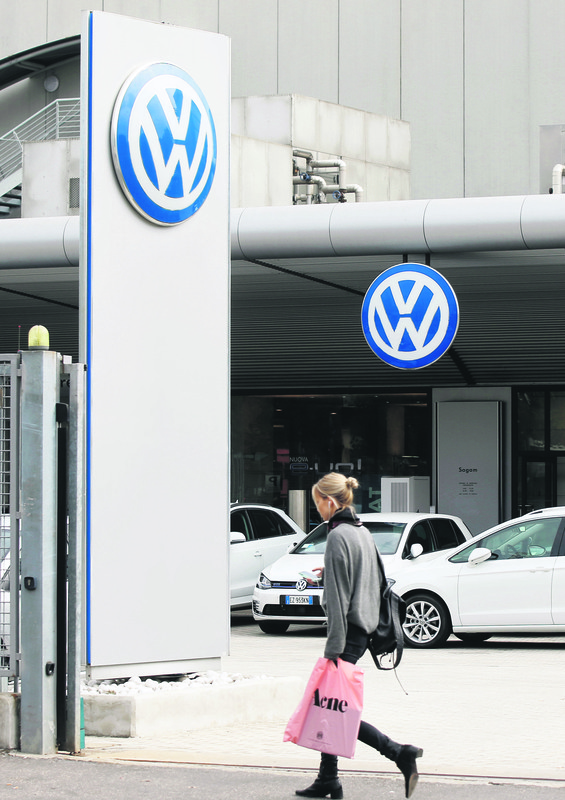 The Volkswagen crisis shows no sign of dying down. German prosecutors have opened a criminal investigation into former CEO Martin Winterkorn over a worldwide pollution cheating scandal

German prosecutors launched an investigation on Monday into former Volkswagen boss Martin Winterkorn over the rigging of vehicle emissions tests, as the carmaker suspended three top engineers in an attempt to tackle the crisis.

The investigation into Winterkorn, who quit on Wednesday after almost nine years at the helm of Europe's largest carmaker, is into "allegations of fraud in the sale of cars with manipulated emissions data," the prosecutor's office said. Volkswagen, which has admitted to cheating diesel emissions tests in the United States, is under huge pressure to get to grips with the biggest business scandal in its 78-year history.

It named company veteran Matthias Mueller on Friday as chief executive and agreed to appoint a U.S. law firm to conduct a full investigation. Sources familiar with the matter said yesterday it had also suspended the heads of research and development at its core VW brand, luxury division Audi and sports car maker Porsche.

But the crisis shows no sign of dying down. Two German newspapers said on Sunday Volkswagen's own staff and one of its suppliers had warned years ago about the illegal use of so-called "defeat devices" to detect when a car was being tested and alter the running of its diesel engine to conceal their emissions of toxic nitrogen oxides.

Environmental campaign group Transport & Environment (T&E) published new data yesterday showing that some new Mercedes, BMW and Peugeot cars use 50 percent more fuel than laboratory tests show, saying this was evidence of a wider industry problem. T&E, which works closely with the European Commission, said its data did not prove other firms were using defeat devices. But it said the gap between lab results and road performance had grown to such an extent for emissions of both carbon dioxide and nitrogen oxides that further investigation was needed to discover what carmakers were doing to mask emissions.

"The Volkswagen scandal was just the tip of the iceberg," said Greg Archer, clean vehicles manager at T&E, adding the gap between lab tests and real-world performance cost a typical driver 450 euros ($504) per year. ACEA, the European Automobile Manufacturers' Association, which represents top carmakers, has said there is no evidence the use of defeat devices is an industry-wide issue. U.S. and European regulators have said they are working on tighter rules.

Volkswagen shares have plunged about 35 percent since it admitted to cheating U.S. emissions tests, wiping more than 25 billion euros from its market value. It faces investigations and potential fines from regulators and prosecutors, as well as lawsuits from cheated customers.

The crisis is an embarrassment for Germany, which has for years held up Volkswagen as a model of the country's engineering prowess and has lobbied against some attempts to tighten regulations on automakers. The German car industry employs more than 750,000 people and is a major source of export income.

The scandal has also rocked the wider car market, with manufacturers fearing a drop in diesel car sales and more costly regulations, and customers furious that Volkswagen has not given more details about what might happen to their cars.

Switzerland said on Friday it was banning sales of Volkswagen cars affected by the scandal, while the company's Italian arm has also told dealers to stop selling them.

Independent Polish car brokerage North Invest said on Monday it would stop selling Volkswagen cars with 2.0 TDI engines until the company sorted out its problems.

Volkswagen's top-of-the-range automaker Audi said Monday that 2.1 million of its diesel cars worldwide are fitted with the sophisticated software enabling them to cheat emission tests. In Germany alone, 577,000 vehicles were affected and 13,000 in the United States, an Audi spokesman said. In western Europe as a whole, the number was 1.42 million. The models concerned were the A1, A3, A4, A6, Q3, Q5 and also the TT, the spokesman said. German authorities meanwhile heaped pressure on the embattled corporate titan, demanding it set out a timeline by October 7 on how it will ensure its diesel cars meet national emission standards without using the cheat technology.
RELATED TOPICS