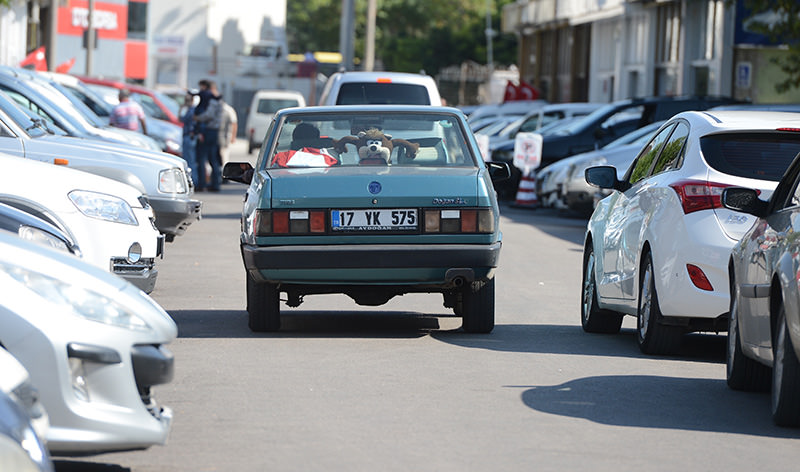 Branded as "Serçe" (Sparrow), "Şahin" (Hawk), "Doğan" (Falcon) and "Kartal" (Eagle), the "Bird Series" were produced in Tofaş facilities in the northwestern province of Bursa between 1981 and 2001. While Serçe was modeled on the Fiat 124 small family car, the rest were modeled on the Fiat 131 and later on Fiat Regata while the Kartal was a station wagon derivation of the original design.

These models are still among the most traded items in second hand markets due to cheap and easily available spare parts, reasonable prices and easy repair due to lack of electronic systems.

Drivers of the "Bird Series" also establish fan clubs, like the ones for Volkswagen Beetle "Type 1."

Hakan Yanık, Chairman of Car Dealers' Chamber in northwestern province of Bursa, stated that prices in Bird Series have significantly increased over the last months.

Yanık added that Bird Series models can easily be repaired. "You can easily get your car repaired at each curb. Spare parts are cheap; you can even find them at local grocery stores. You can easily strip and reassemble this car, and that is the reason why some people especially buy this car," Yanık said.