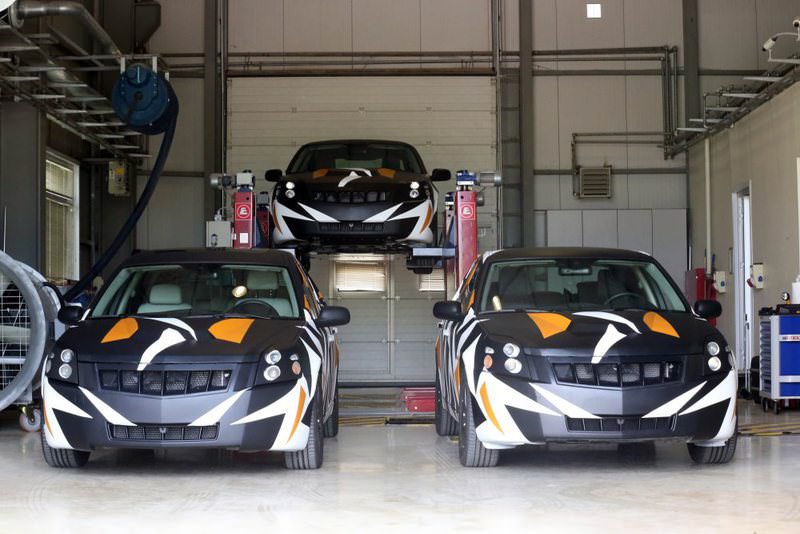 Minister Işık announced that intellectual property rights of the Saab 9-3 have been purchased for Turkey's first domestic cars, which will have a local content ratio of at least 90 percent and go on sale in 2020

Interim Science, Industry and Technology Minister Fikri Işık said all intellectual property rights along with royalties for the Saab 9-3 were purchased for Turkey's domestically produced car project. He replied to questions about Turkey's first domestically produced car on TRT News yesterday. He said while it is possible to design and produce a car from scratch domestically, it would be a waste of time and effort as there are various leading companies that have proven themselves in both design and production. He further said even though it is possible to produce a prototype in this way it would take up to five years and would cost $1 billion. Instead, not just the royalties, but all intellectual property rights of the Saab 9-3 were purchased so the ministry would not to lose five years and $1 billion. "We conducted a thorough study, and at this point determined that the Saab 9-3 is the most suitable platform for us," Işık said.

It took six months to obtain the intellectual property rights for the automobile and while Işık said he could not reveal exact figures, he claimed that the rights were obtained for a reasonable cost. Işık also said that Turkey's main aim is to develop an extended-range electric car. "This is why we developed this platform. The Scientific and Technological Research Council of Turkey [TÜBİTAK] will act as the leader of this project, but we will continue to cooperate with Nevs, the company that developed the Saab 9-3," Işık said.

Işık also said, like examples around the world, they will try to make sure that it is not only Turkish citizens employed for the project and strive to ensure that extremely qualified personnel are involved while utilizing all kinds of experience and expertise available in Turkey to produce a domestic car that the whole nation can be proud of by 2020.

He said that without obtaining all the rights, it would be hard to determine which parts and processes are local and which depend on Saab's technology and design. "This is not a process that we have to prove," Işık said, and added that while benefitting from Saab's expertise and reputation, the first domestically produced car will have a Turkish brand name and the technology will be completely designed and developed in Turkey. "From design to production, Turkey will be the center for all parts and processes regarding the first domestically produced car," Işık said.

According to Işık, Saab was chosen for its advanced technology and reputation as being a high quality, comfortable and durable car. Currently, Turkey has battery technology and electrical drive systems and there are various TÜBİTAK studies. Işık said that at least 85 percent of the parts for the car will be produced in Turkey.

Asserting that he is pleased with the coverage the domestically produced car received over the last few days, Işık also expressed his discomfort about questions in relation to "if the Turkish mind could create an automobile." He further said that the political will is ready to support these efforts and since Turkish citizens are extremely positive about this new initiative, with their support, the project is destined to succeed.

This week, Işık also shared camouflage photos of three prototypes of the cars. Işık said Turkey will approach domestic car production with a holistic perspective and will produce domestic cars with a local content ratio of at least 90 percent by 2020.
Last Update: Oct 16, 2015 1:44 am
RELATED TOPICS