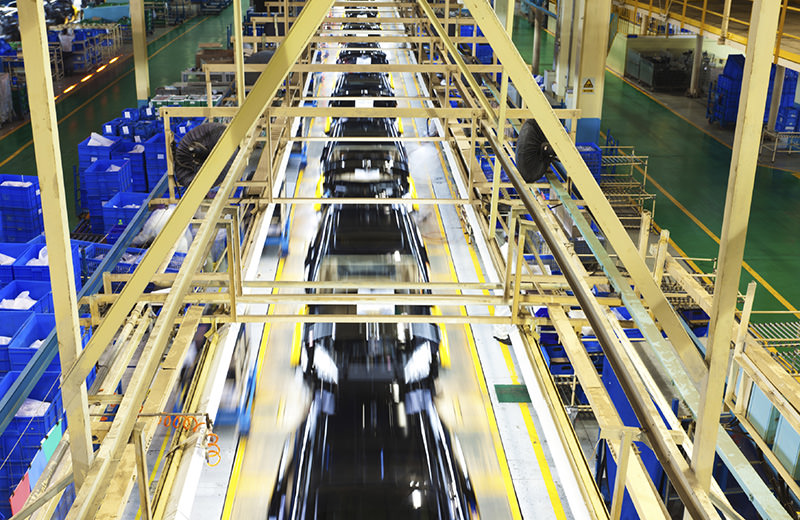 | iStock Photo
by Anadolu Agency Oct 26, 2015 12:00 am
Turkey ranked 16th in global automobile production, according to a report from the International Organization of Motor Vehicle Manufacturers (OICA) released on Monday.

Global vehicle production rose 0.5 percent in the first six months of 2015 compared with the previous year,

The data showed that world auto production reached 45.6 million from January to June this year, up from 45.4 million in 2014

China again topped the list of the 20 biggest automobile producing countries with about 12 million motor vehicles. The world's second-largest economy manufactured more than one out of every four motor vehicles worldwide, an increase of 2.6 percent compared with the same period of last year.

It was followed by the U.S. with about 6 million and Japan with about 4.5 million vehicles.

Toyota said on Monday that it sold nearly 7.5 million vehicles in the first nine months of the year, more than any other auto maker.

The company's global sales during the period were down 1.5 percent from the same period in the previous year.
Last Update: Oct 26, 2015 1:31 pm
RELATED TOPICS