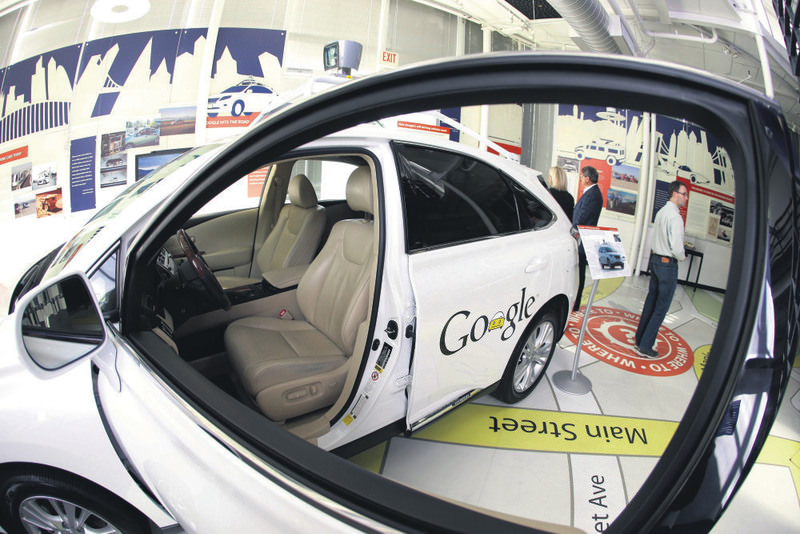 by Dec 24, 2015 12:00 am
Google and Ford Motor Co are in talks about forming a partnership to develop autonomous car technology, a person briefed on the matter said on Tuesday. The extent of a partnership between the second-largest U.S. automaker and search engine giant Alphabet Inc remains under discussion and the precise framework of any effort is unclear but it could include jointly building and developing cars. The two sides have been talking for months, the source said. A partnership between a major automaker and Google could speed the introduction of self-driving vehicles by giving the car company access to Google's wealth of software development while Google would benefit from the industrial and automotive know-how of a firm such as Ford. Fully autonomous cars could eventually prevent thousands of crashes, deaths and injuries, reduce oil use through better traffic management and extend personal mobility to people unable to drive. Ford Chief Executive Mark Fields met with Google co-founder Sergey Brin earlier this month in California to discuss the status of the talks, the source, who was briefed on the matter, said. Google says it is in talks with many automakers. It is not clear if the talks with Ford have progressed beyond discussions with other automakers.

"We have been, and will continue working with many companies and discussing a variety of subjects," Ford spokesman Alan Hall said. Google has logged more than 1.3 million miles of autonomous driving. It has developed a prototype pod-like self-driving car that could be driven without a steering wheel and pedals. Automotive News reported Monday the companies are in talks to have the automaker build Google's next-generation autonomous cars.

Yahoo Autos reported the two firms will create a joint venture to build self-driving vehicles with Google's technology. Both said an announcement on the partnership could be made at the Consumer Electronics Show in early January. Karl Brauer, senior analyst at Kelley Blue Book, said both partners could benefit. "An alliance between the two industries could make everything happen much quicker," Brauer said. Ford's former CEO, Alan Mulally, is a director at Google, while Google named John Krafcik as chief executive of its self-driving car project in September. Krafcik worked at Ford for 14 years in a number of positions.