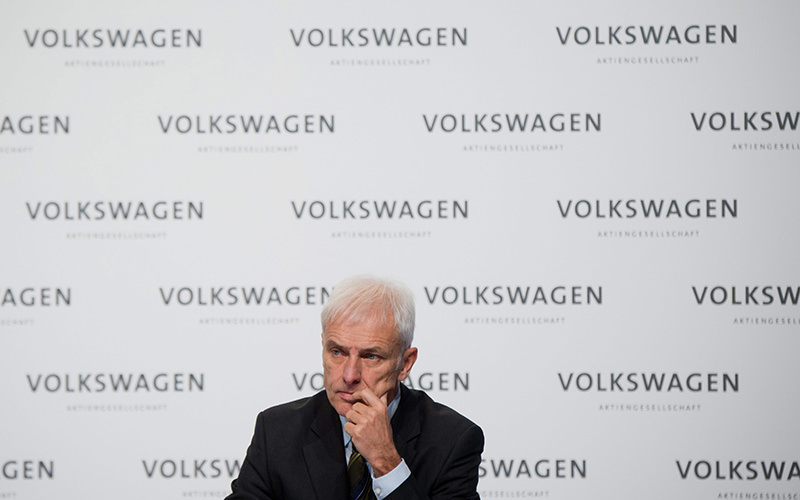 Civil penalties in the lawsuit, filed by the Justice Department on behalf of the Environmental Protection Agency, could run well above $20 billion, according to the suit.

"The United States will pursue all appropriate remedies against Volkswagen to redress the violations of our nation's clean air laws," said Assistant Attorney General John Cruden of the environment and natural resources division at the Justice Department.

The Justice Department lawsuit accuses Volkswagen of four counts of violating the U.S. Clean Air Act, including tampering with the emissions control system and failing to report violations.

The lawsuit is being filed in the Eastern District of Michigan and then transferred to Northern California, where class-action lawsuits against Volkswagen are pending.

"We're alleging that they knew what they were doing, they intentionally violated the law and that the consequences were significant to health," the senior Justice Department official said.

The Justice Department has also been investigating criminal fraud allegations against Volkswagen for misleading U.S. consumers and regulators. Criminal charges would require a higher burden of proof than the civil lawsuit.

VW spokeswoman Jeannine Ginivan said the automaker did not have an immediate comment on the lawsuit.
Last Update: Jan 04, 2016 9:56 pm
RELATED TOPICS