GM bets Americans will buy cars made in China 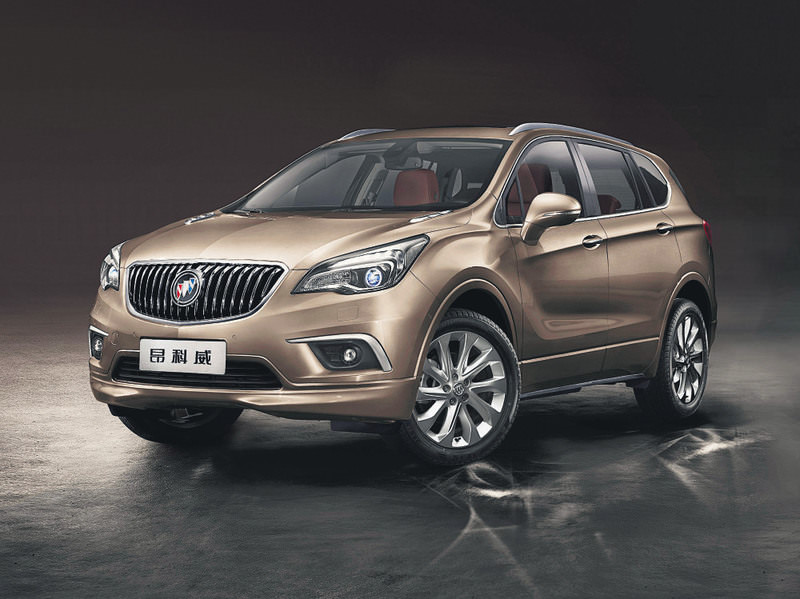 by French Press Agency - AFP Jan 11, 2016 12:00 am
General Motors (GM) will be placing a big bet the American public is willing to drive a car built in China when it unveils the Buick Envision on Sunday night. The largest U.S. automaker is certainly not trying to bring it to market quietly, as Buick's latest sport utility vehicle will be introduced at a lavish party on the eve of the Detroit Auto Show in the hopes of maximizing media coverage.

"We expect it to be a great success," Molly Peck, U.S. marketing director for Buick, told Agence France-Presse (AFP).

"It offers all the features and amenities of a luxury SUV. It's high quality, quiet, filled with advanced safety technology. The design is gorgeous. The interior execution is outstanding. And it's all at a price point that offers a great value." GM's decision to import the Envision from China - a first for a major automaker - has sparked outrage and is expected to become an issue in the 2016 presidential campaign.

The United Auto Workers union, which had lobbied to build the Envision in the United States, called the decision to import it from China a "slap in the face" to taxpayers who bailed GM out of bankruptcy in the wake of the 2008 financial crisis.

Republican presidential frontrunner Donald Trump has not yet seized on the issue, but given that he regularly rails against China for stealing American jobs analysts say it is only a matter of time.

"I suspect GM is counting on the product to trump the actual Trump," said Harley Shaiken, a professor at the University of California Berkeley who specializes in labor issues and the automotive industry.

General Motors has come a long way since it first tried importing vehicles from a developing country - Mexico - decades ago and it has systems in place to ensure that the Chinese-built Envision matches both U.S. and global standards, Shaiken said.

"GM is well aware of how a poor reputation in these early vehicles could have much larger impacts down the road," he told AFP. "This is a major event that opens a new era."

It makes good business sense for GM to import the Envision from China - it sold over 1.2 million Buicks in China last year and only 223,000 in the United States.

While the Envision will help boost those numbers by rounding out Buick's offerings in the fast-growing crossover segment, it is still only expected to reach sales of about 40,000 vehicles in the near term.

"That doesn't mean that all Buicks will now and forever be built from China, or that General Motors will, as a general strategy, be bringing vehicles in from China. What it means is that GM has a global footprint and they will use it."

Most consumers probably will not even realize that the Envision was built in China, said Jessica Caldwell, an analyst with automotive website Edmunds.com.

"There may be some balking at first if people want to make an issue of it, but I imagine in the long run it won't be a deal breaker for a lot of people," she told AFP. "If the quality is good, I don't know if people are necessarily going to care."

One reason why it has taken so long for a major automaker to import vehicles from China is because they have been so busy trying to satisfy demand in that fast-growing market, said Jack Nerad, an analyst with Kelly Blue Book. "I don't think we're going to suddenly see a flood of Chinese-built vehicles, but I think we will see a few more," Nerad said in a telephone interview.

"A Chinese brand is a bigger reach than something with a very familiar label like a Buick label. I don't know that this market is crying out for new brands."
RELATED TOPICS