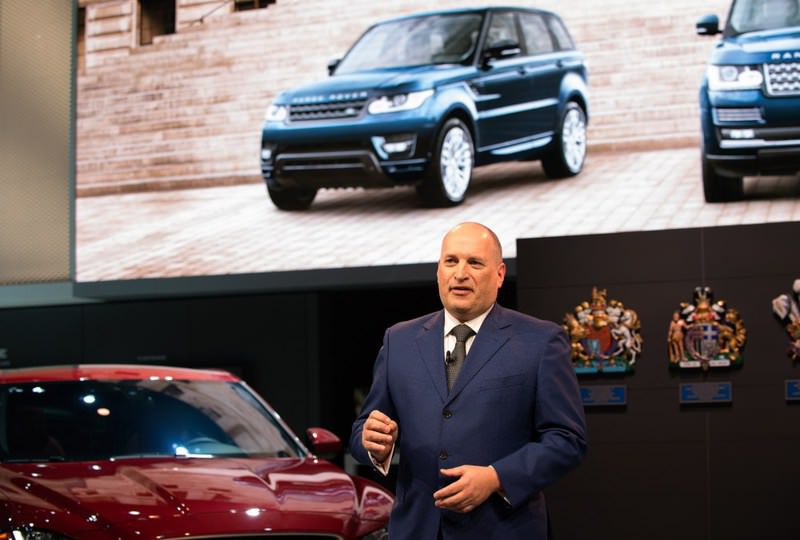 All the automakers at this week's New York International Auto Show have the new generation in their sights. They are eyeing millennials, who are the biggest generation by far, according to analysts

"It all takes literally minutes," Jaguar spokesman Stuart Schorr said. "By the time you're done, you've taken a test drive, but you've also got an asset that's shareable and fun."

The clever tactic is part of the 94-year-old brand's effort to boost its U.S. sales as it broadens its offerings in 2016 with the introduction of new models, including the F-PACE, Jaguar's first sports utility vehicle. But all the automakers at this week's New York International Auto Show have the new generation in their sights.

"Generation Y will dictate who wins and who loses in the marketplace," said John Humphrey of JD Power's global automotive practice. "It is by far the biggest generation we've had in the U.S."

BMW, also eyeing millennials, has trained a cadre of some 1,000 showroom "geniuses" like the staff at an Apple Store "Genius Bar" to show drivers how they can customize the car's myriad gadgets and driving tools.

They are distinct from the salesforce and are not supposed to seal deals, said Ludwig Willisch, president and CEO of BMW North America.

Millennials "don't like sales pressure," Willisch told the JD Power auto forum Tuesday, as opposed to their parents, the baby boomers, who rely more on test drives and multiple visits before making a purchase. For millennials, he said: "You only get one shot."

"If we get this right, and we will, we have the opportunity to create lifelong BMW drivers." It is a crucial point for luxury cars, which account for about half of the auto industry's profits. A long-term worry for auto companies is that with the surge of rideshare programs like Uber and optimism about self-driving cars, younger Americans will drive less than earlier generations did.

"We're coming up on the end of the current cycle," said Humphrey, who warned that the industry could slip back toward overcapacity and a reliance on rebates and cheap prices to move inventory. Those practices are less a problem for brands like Jaguar and BMW, which cater to a more select group of buyers less influenced by price, Humphrey said.

But luxury brands face other difficulties with millennials, a generation renowned for carrying hefty student loan debt and without the means to spend $50,000 or $60,000 on a car. Compact and midsized cars accounted for the highest shares of the millennial market in 2015, with a combined 32.6 percent. Premium vehicles in total accounted for less than 10 percent, according to JD Power data.

For that reason, luxury automakers are taking the long-term view in their marketing campaigns. Few of the 6,000 consumers who have participated in the Jaguar events have ordered one of their cars, Schorr said. But about 60 percent have shared their personal action videos on Facebook. That creates additional exposure and buzz, enhancing the brand's prospects. "The whole subtext is to reintroduce the Jaguar brand to a younger group of customers, and that's an investment you look to pay off over a number of years," he said.
RELATED TOPICS