Turkey's domestic electric car to hit the road in 2019 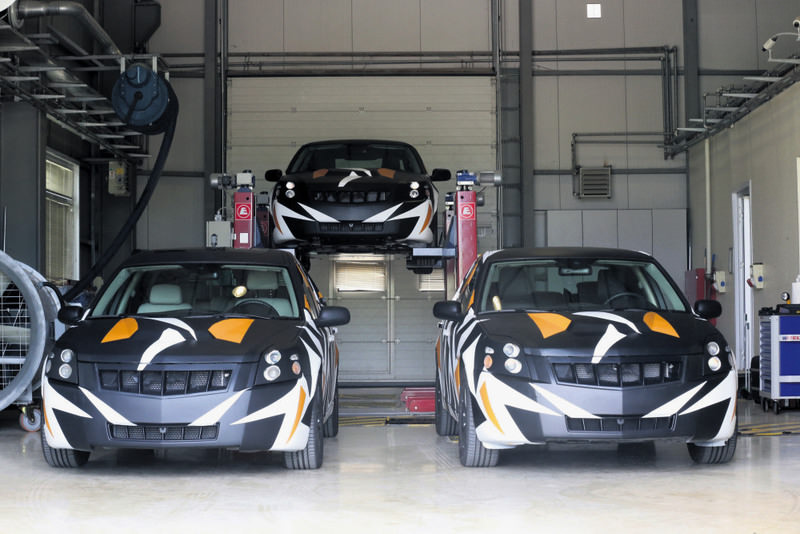 by Evrin Güvendik Apr 21, 2016 12:00 am
Science, Industry and Technology Minister Fikri Işık said Turkey will have a domestic automobile by 2019, adding that works on the project are ambitiously continuing. Stressing that Turkey will launch its electric car with its own national operating system and extended range in 2019, Işık said Turkey will be assertive in developing new technologies.

"I hope we will put a Turkish brand on the world's roads," he added. The ministry is focusing on a car model that has an extended range and operates on electricity. The model has a 15 kilowatt-hour battery, which allows a car to go 100 kilometers at a monthly cost of around TL 60 ($20), and a small generator that runs on fossil fuels and generates electricity when the battery is about to die during long-distance drives. The generator also strengthens the engine while charging the battery.Providing information about the ministry's work, Işık said young entrepreneurs with unique ideas and technology projects who apply to the Techno-Initiative Capital Support Program will be granted up to TL 150,000 if their projects are approved.

According to Işık, a young female entrepreneur's project, which elaborated on determining the amount of water in the liquid, was not found worthy of a grant by a committee consisting of five academics. "Their reluctance to grant TL 100,000 for her project greatly disturbed us. Then, she became a champion in Europe, which led us to think that there was something wrong with the system. We decided that if a young entrepreneur is given 70 or higher points by the five-member committee, their project will be financially supported."Stressing that the Scientific and Technological Research Council of Turkey (TÜBİTAK) had "great success" in defense and energy projects after the elements of the Gülenist parallel structure were removed from it, Işık said the council was completely focused on science at the moment. Touching on works relating to the domestic car, Işık stressed that the ministry is working on the car design and striving to adapt TÜBİTAK's technology to the domestic car. The minister also said 70 percent of the parts that will be used in the domestic car at the moment will not be used several years later, adding that Turkey will make significant progress if it can adapt new technologies as an ambitious country in automotive supply industry. "If we miss the train, the automotive industry might face a serious crisis," he said.
Last Update: Apr 21, 2016 1:11 am
RELATED TOPICS