VW to buy back nearly 600,000 US diesel cars as part of emissions deal with Justice Department 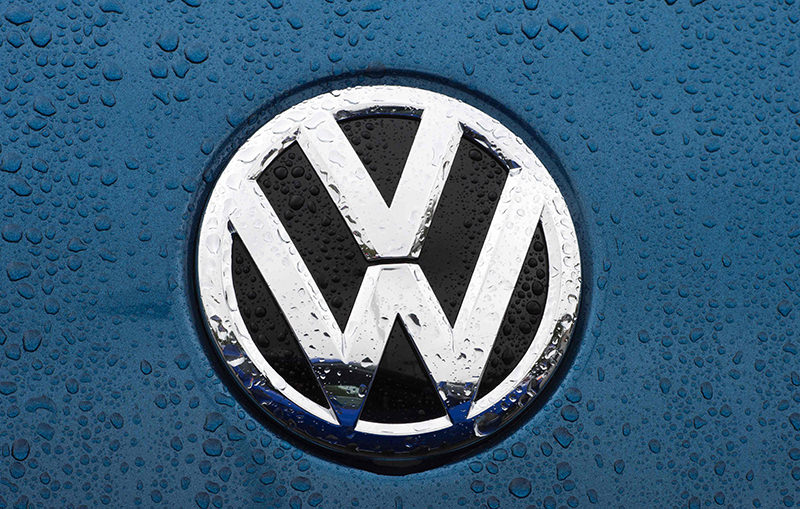 This file photo taken on October 1, 2015 shows the VW emblem on a Volkswagen at a dealership in Gaithersburg, Maryland. (AFP Photo)
by Apr 21, 2016 12:00 am
Volkswagen AG and the Justice Department reached a deal in principle to address excess diesel emissions in nearly 600,000 polluting vehicles that will include buyback offers and a possible fix, a federal judge said Thursday.

U.S. Judge Charles Breyer said the settlement is expected to include a buyback offer for nearly 500,000 2.0-liter vehicles and a possible fix if regulators agree on it.

The settlement is a major step toward the German automaker's efforts to move past the issue that first came to light in September when VW admitted to using secret software to allow 11 million vehicles worldwide to emit up to 40 times legally allowable pollution.

The settlement will include an environmental remediation fund to address excess emissions and additional "substantial compensation" to owners to sell back or have vehicles fixed, Breyer said.

Two people briefed on the matter and several analysts say VW may have to spend more than $10 billion to comply with the U.S. agreement.

The government and Volkswagen have until June 21 to complete a final "consent decree" that will face public comment and need judicial approval before taking effect. VW will commit additional funds to "promote other green automotive technologies," Breyer said.

"Volkswagen is committed to winning back the trust of its customers, its dealers, its regulators and all of America," said VW lawyer Robert Giuffra. The agreements are "an important step forward on the road to making things right," Giuffra added.

The deal will offset all environmental harms and fully compensate owners, Giuffra said.

Breyer said the agreement does not cover nearly 90,000 larger cars and SUVs with 3.0-liter engines that a separate excess emissions issue.

Breyer said he expects that the issues of Justice Department fines and resolving the 3.0 liter engines will be addressed "expeditiously."

Reuters first reported many of the details on Wednesday of the settlement including the buyback offer.

Breyer said he was imposing a gag order on all the parties until a final agreement is reached.

As part of the settlement with U.S. authorities including the Environmental Protection Agency, Volkswagen has also agreed to a compensation fund for owners, a third person briefed on the terms said.

The compensation fund is expected to represent more than $1 billion on top of the cost of buying back the vehicles, but it is not clear how much each owner might receive, the person said.

A VW spokeswoman, the EPA and the Justice Department declined to comment Wednesday.

VW will pay cash compensation to owners who either sell their vehicles back or get them fixed, one of the people briefed on the matter said. Owners selling back their vehicles will get an additional cash payment on top of receiving the estimated value of the vehicles from before the emissions scandal became public in September 2015.

Owners are expected to have around two years to decide whether to sell back vehicles or get them repaired. It is not clear whether VW will be allowed to resell vehicles they buy back, the source said.

The framework deal with U.S. officials was reached after lengthy talks in recent days at the Washington law office of Robert Mueller. The former FBI director is the court appointed mediator named to help settle more than 500 civil suits filed against VW. The talks, which continued over the week, included all the government agencies and lead plaintiffs attorneys suing GM.

Some elements of the settlement are still being worked out and details are not expected to be announced Thursday at a court hearing, the people briefed on the matter said. The final deal could still change before it is officially announced, they said.

U.S. District Judge Charles Breyer in March gave VW until Thursday "to announce a concrete proposal for getting the polluting vehicles off the road."

Breyer said in March the "proposal may include a vehicle buy-back plan or a fix approved by the relevant regulators that allows the cars to remain on the road with certain modifications."

A final settlement is also expected to include an environmental remediation fund to address excess pollution emitted by the U.S. vehicles since 2009.

It is not clear if the deal will resolve the U.S. Justice Department's civil suit filed in January against VW or if VW will agree to pay a civil penalty. VW also faces ongoing criminal investigations by the Justice Department and other prosecutors around the world.

Separately, Germany's Die Welt newspaper reported Wednesday that the deal to settle the case would involve it paying each affected customer $5,000. But a person briefed on the matter told Reuters that no decisions on how individual compensation will be awarded have been made.

In December, VW said it was creating an independent claims program for owners of vehicles with excess emissions.