Volkswagen group to phase out more than 40 car models 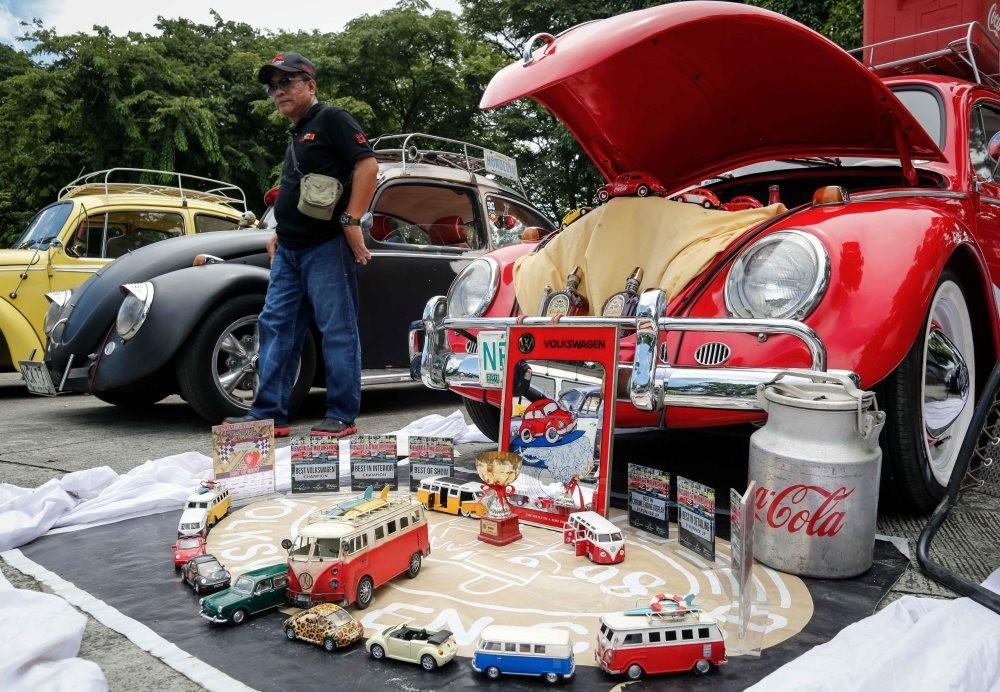 A man walks along different Volkswagen Beetles and collectible toys during the World Volkswagen Day in Quezon city, east of Manila, Philippines.
by reuters Jun 21, 2016 12:00 am
Volkswagen will stop producing more than 40 car models in the coming years as part of a new strategy by Europe's biggest automaker, German newspaper Handelsblatt reported. Volkswagen said on Thursday it would invest billions of euros in electric cars, ride-hailing and automated driving to become a world leader in green transport by 2025 as it reshapes its business following a diesel emissions scandal. Citing company sources, Handelsblatt said the overhaul would also involve ceasing production of more than 40 models. Volkswagen currently makes about 340 car models across its portfolio, which includes brands such as Audi, Skoda and Seat. A Volkswagen spokesman said, however, the number of models that would be discontinued had not been decided yet. "A decision on how many models will be phased out or ceased has not been taken yet," he said.

Volkswagen brand sales held broadly stable in May, with gains in Europe and China offsetting declines in the Americas, as the carmaker keeps battling its diesel emissions scandal. VW, which is 17 percent owned by the Qatar Investment Authority (QIA), has been largely on the defensive since U.S. authorities revealed in September it had admitted rigging exhaust emission tests on some diesel-powered models. For weeks, it volunteered little information about the extent of the cheating, instead reacting guardedly to a flood of revelations and allegations. Sales of Volkswagen brand vehicles slipped 0.7 percent last month to 495,900 passenger cars and sport-utility vehicles, VW said, with five-months deliveries down 1.7 percent to 2.43 million autos.

VW group sales data are expected to be published later on Friday. Europe's largest automaker expects full-year group sales, including the Audi and Porsche luxury brands, to be on a par with last year's 9.9 million cars.
RELATED TOPICS