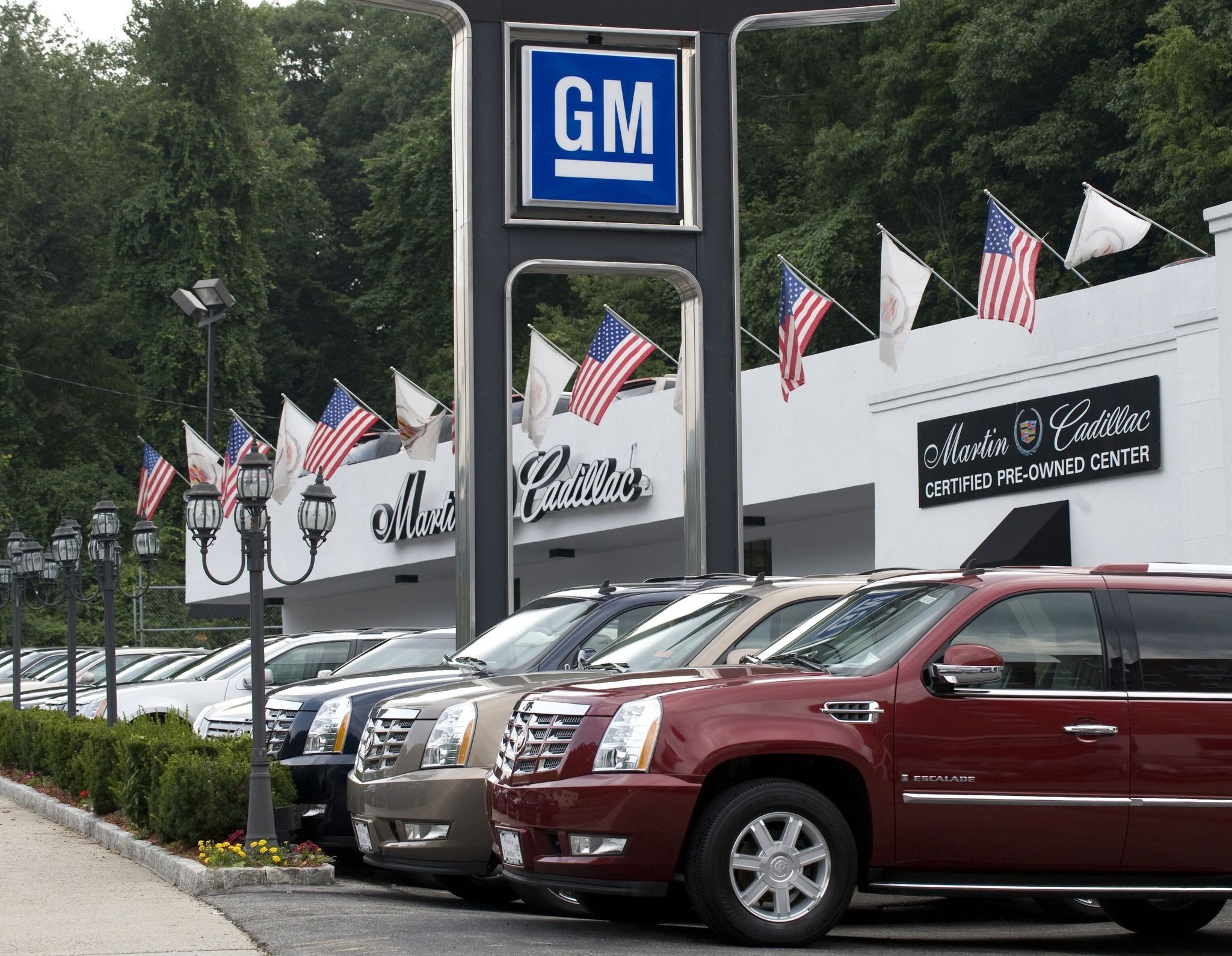 | AFP Photo
by Sep 10, 2016 12:00 am
General Motors Co said on Friday it will recall nearly 4.3 million vehicles worldwide to fix a software defect that can prevent air bags from deploying during a crash, a flaw already linked to one death and three injuries.

GM, the world's No. 3 automaker, said the latest recall involved trucks, cars and SUVs from the 2014 to 2017 model years, including some models of the Buick LaCrosse, Chevrolet Corvette, Silverado 1500, Chevrolet Tahoe, Suburban and Silverado HD and Cadillac Escalade.

Despite the rash of problems with air bags in recent years, a spokesman for the U.S. National Highway Traffic Safety Administration sought to reassure motorists about the devices, saying "air bags save lives." The agency estimates that frontal air bags saved 2,400 lives in the United States in 2014, the most recent year for which figures were available.

GM stock fell on the news and was trading down $1.18 to $30.53, down 3.7 percent on Friday. The company said the recall would not have a material impact on its financial results.

Delphi Automotive PLC said in a securities filing on Friday that it supplied sensors and modules for the air bags but suggested it was not to blame, saying they were "in compliance with GM's product specifications and validation criteria."

Delphi said it does not expect "the cost, if any, of this recall would be material to our financial position." Delphi fell on the news, off 3.6 percent to $68.10.

GM said it received a report in May of a crash involving a 2014 Chevrolet Silverado truck in which the driver's frontal air bag and seat belt equipment called pretensioners did not deploy.

GM opened an investigation into the issue in June and conducted road testing in August before deciding on a recall. The company said its dealers will update vehicle software to prevent future air bag and pretensioner nondeployments.

GM has faced other air bag issues in recent years. In 2014, GM recalled nearly 2.6 million vehicles because of an ignition-switch defect that prevented air bags from deploying in some crashes. GM's independent fund set up to compensate victims awarded $594.5 million and approved 124 death and 275 injury claims in connection with that recall.

GM spokesman Tom Wilkinson said the automaker is still in discussion with NHTSA about the issue.

In February, Continental Automotive Systems said it supplied potentially defective air bag control units to 5 million vehicles built over a five-year period worldwide. In August, the NHTSA said it was upgrading and expanding a probe of more than 8 million air bag inflators made by ARC Automotive Inc after a driver was killed in Canada when an inflator ruptured in a Hyundai vehicle.

Separately, the NHTSA and a number of global automakers are working to replace as many as 100 million defective air bag inflators worldwide by 14 automakers that have been linked to at least 14 deaths and 100 injuries.