VW aims to be global leader in electric cars by 2025 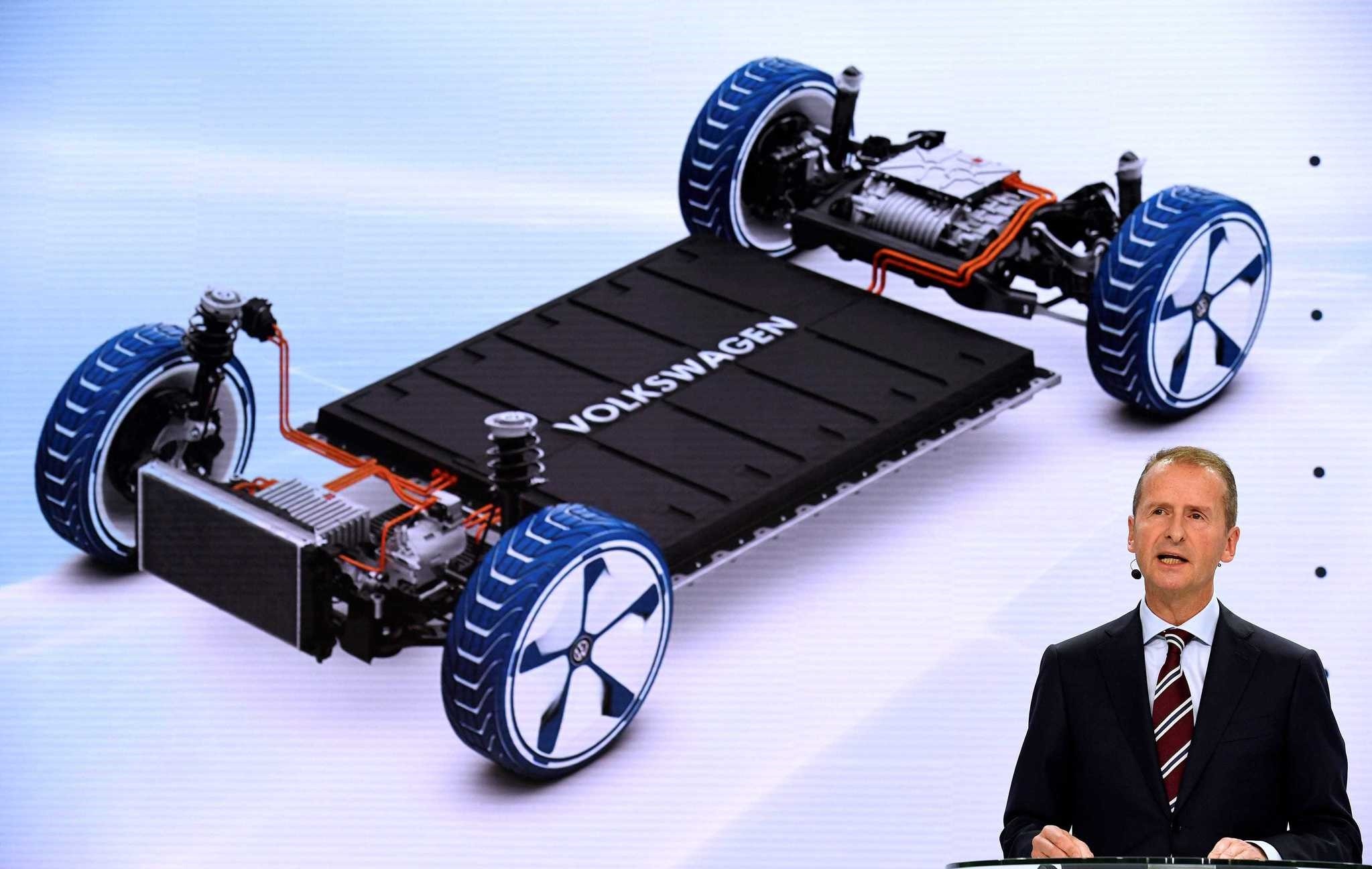 Volkswagen aims to be the world leader in electric cars by 2025, brand chief Herbert Diess said yesterday, as the German car giant shifts its focus to clean-energy vehicles after the dieselgate emissions cheating scandal.

"By 2025 we plan to sell one million electric cars per year, and by then we also want to be the global market leader in electromobility," Diess said at a presentation of the brand's future plans.

"Going forward our electric cars will be the hallmark of Volkswagen," he told reporters at the VW group's Wolfsburg headquarters in northern Germany.

The switch to electric will be funded through new investments and economies of scale, Diess said, and is a crucial part of the troubled brand's efforts to reinvent itself.

Volkswagen on Friday already announced the biggest revamp in its history, saying that it would cut 30,000 jobs to save 3.7 billion euros ($3.9 billion) a year by 2020, while ramping up investment in future technologies such as electric cars, self-driving cars and digitalisation.

"Our industry will undergo more fundamental change over the next 10 years than ever before," Diess said, predicting that "the breakthrough" of electric cars was just four or five years away and would be driven by environmental concerns.

"For most customers the electric car will soon be the better alternative," he said.

The shake-up at Volkswagen's core brand comes as the group tries to recover from the biggest crisis in its history after it admitted last year to installing emissions cheating software in some 11 million diesel vehicles worldwide.

The so-called defeat devices could detect when a vehicle was undergoing regulatory tests and lowered emissions accordingly to make the cars seem less polluting than they were.

The crisis hurt sales and damaged the image of the proud German company, pushing it to its first loss in over two decades last year.

Even before dieselgate, the VW brand had been struggling with profitability, weighed down by high costs and low productivity.
RELATED TOPICS