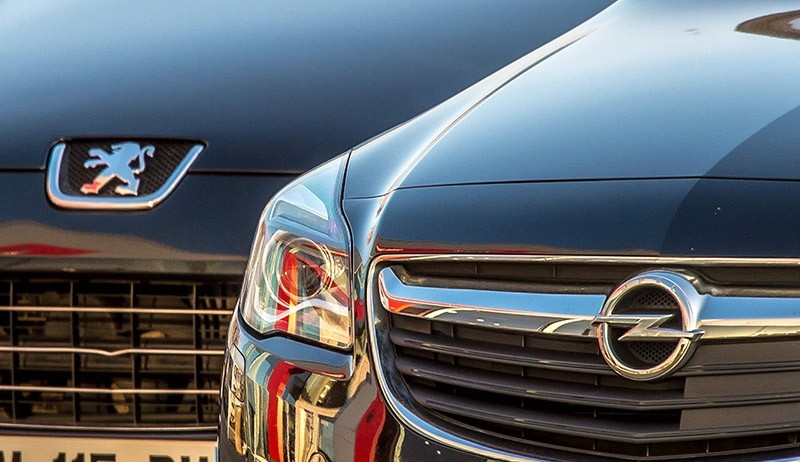 This file photo taken on February 15, 2017 shows the logo of German car maker Opel (R) on a car next to a car with the logo of French car maker Peugeot, in Lille, northern France. (AFP Photo)
by Compiled from Wire Services Mar 06, 2017 12:00 am

The 2.2 billion euro ($2.33 billion) deal announced Monday in Paris by GM and PSA — maker of Peugeot and Citroen cars — will realign the industry and create Europe's No. 2 automaker after Volkswagen. The combined company could make 5 million cars a year.

PSA will join with French bank BNP Paribas in the deal, which foresees taking over 12 manufacturing facilities that employee about 40,000 people.

The purchase marks a major turnaround for PSA, bailed out just three years ago by Chinese investors and the French state.

Founded in 1862, Opel, with its lightning-bolt emblem, is a familiar sight on European roads, but in recent years the firm has booked repeated losses, costing Detroit-based GM around $15 billion since 2000.

A sharp fall in the pound since Britain's vote to quit the EU last June sank Opel's hopes of getting back into the black in 2016, and it ended up reporting a loss of $257 million.