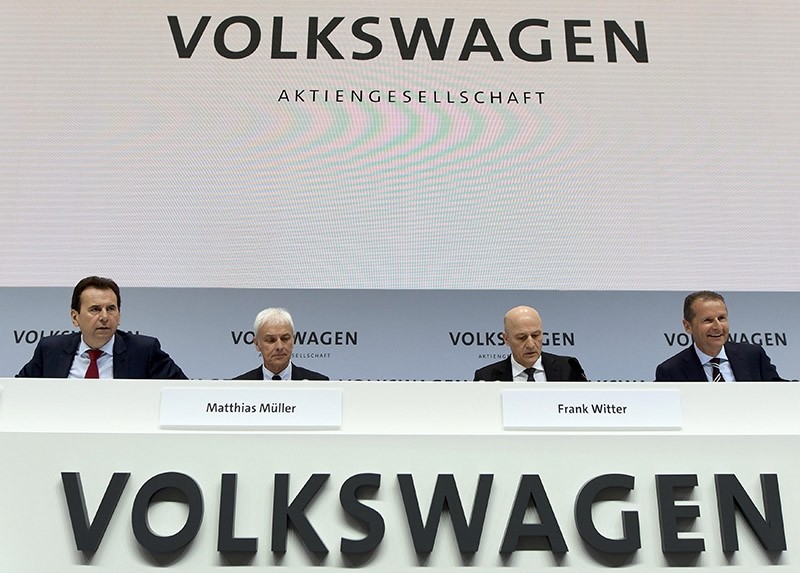 Volkswagen chief Matthias Mueller on Tuesday denied rumors that the German auto giant was in talks with rival Fiat Chrysler.

"At present there is no contact between me" and Fiat Chrysler boss Sergio Marchionne, Mueller told the company's annual press conference in Wolfsburg, north Germany.

Marchionne had said at the Geneva car show last week that he was expecting Volkswagen to reach out, as more firms are thinking of cost-cutting tie-ups in the vein of France's Peugeot and German carmaker Opel.

In response, Mueller said he "had other problems" since VW's 2015 admission that it installed software to cheat regulatory emissions tests in 11 million vehicles worldwide.

He nevertheless added that "I've never said a tie-up with any other partner is altogether ruled out."

VW clawed its way back to profit in 2016 and pulled ahead of Toyota to become the world's biggest carmaker by unit sales, shipping 10.3 million vehicles over the year.

Mueller on Tuesday confirmed the group's forecast of "moderate" growth in sales in 2017.

But the firm is far from turning the page, as it continues to refit cars equipped with the cheating software and faces legal action from customers and investors in numerous countries.

The final bill for the scandal is impossible to predict, Mueller acknowledged.

"All we know is that this question will keep us busy for a long time, several years," he said.