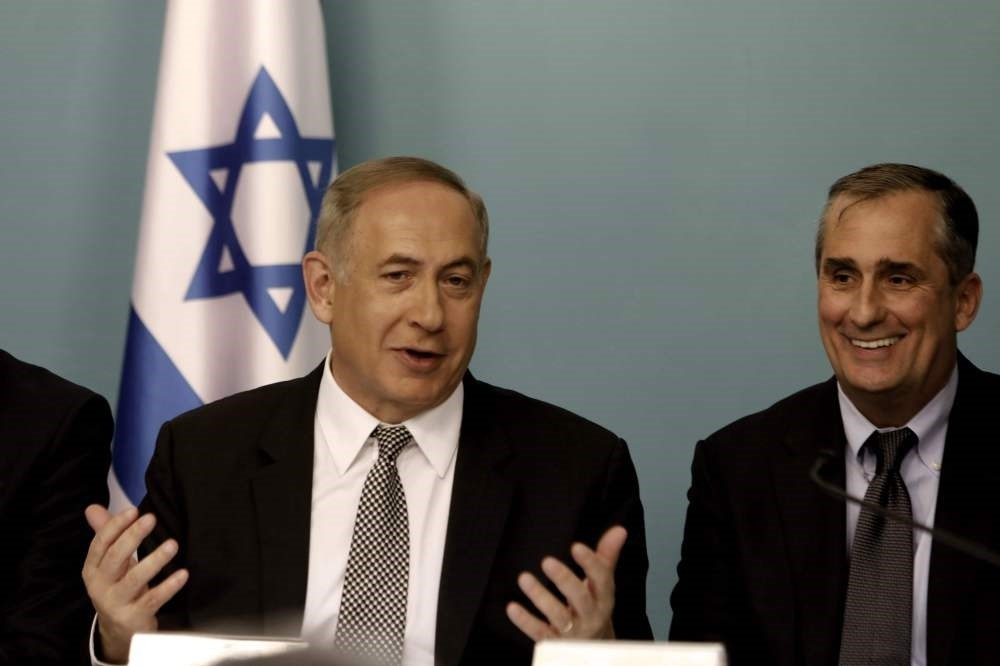 by Mar 18, 2017 12:00 am
Intel's $15-billion purchase of Israeli firm Mobileye could help fuel the country's rise in the driverless car industry - not as a builder of vehicles, but as the brains behind them. Monday's deal, the largest ever in Israel's tech sector, could help boost trade despite the fact no commercial cars are assembled in the country. The self-styled "startup nation" has no real tradition of auto manufacturing: an ignoble previous stint in the 1960s and 70s produced the fibreglass Sussita car, parts of which, according to legend, were edible for camels. But the rise of new technology including driverless cars has opened space for the tech-savvy country to excel.

In 2013, Google paid more than $1 billion (900 million euros) for Waze, an Israeli crowd-sourced app that plots the quickest journeys in real time, followed by Monday's $15 billion Mobileye deal. The company makes advanced driver assistance and accident avoidance systems for car manufacturers, and has already collaborated with Intel and BMW on self-driving car technology.

It was founded in 1999 but Yossi Vardi - considered one of the fathers of Israel's high-tech startup scene - said the automobile industry's growth in Israel really began in 2007 when General Motors established a research and development centre.

"It surprised everybody that a company like General Motors would go to Israel to source innovation and technology."

In the last three years, Vardi said, Honda, Ford, Volkswagen, Volvo and others have followed suit. Most Israeli companies in the field don't involve production, but ways to make driving more efficient. Among them are Otonomo, which provides in-depth data on car usage; Argus, one of the market leaders in protecting cars from cyber hacking; and VocalZoom, dubbed "Siri for cars."

Elan Zivotofsky, general partner at the OurCrowd equity platform that invests in a number of companies working on autonomous cars, compared it to smartphones, laptops and other sectors where Israeli technology is heavily used but the final products are still made elsewhere.

"Israel is not going to be in the business of building cars," he said.

"Israel is in the business of building some of the most important core elements that will enable autonomous driving."

There are dozens of companies in the sector and Feldman reckons Israel is already one of the leading players in autonomous driving behind the United States and China.

In 2016, around $70 million was invested in automotive tech in Israel, he said, but that will increase by "somewhere between 25 to 40 percent."
RELATED TOPICS