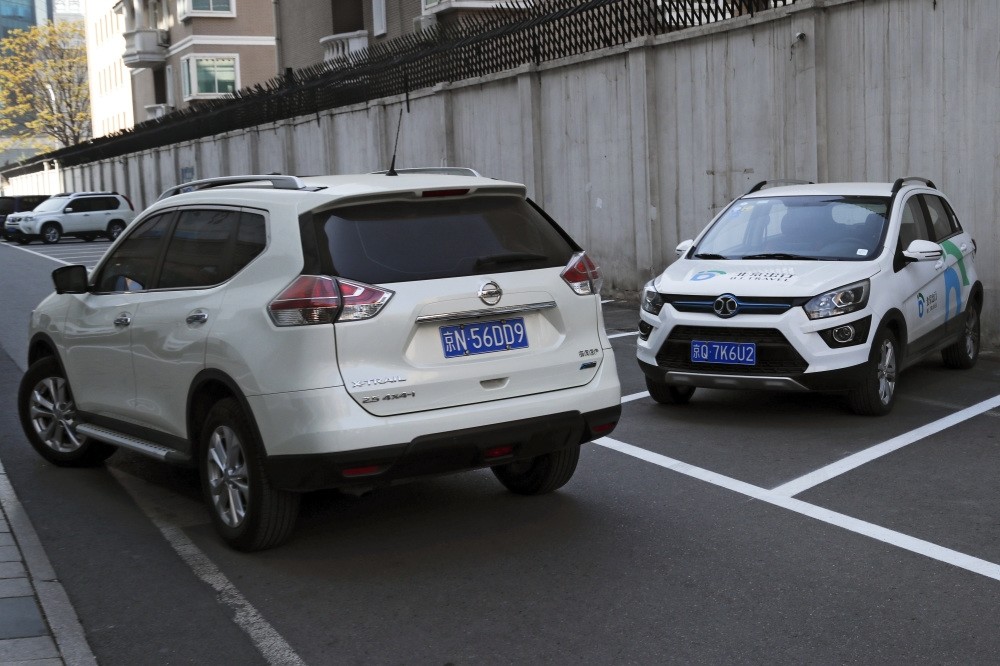 Automakers face a dilemma in China's huge but crowded market: Regulators are pushing them to sell electric cars, but buyers want gas-guzzling SUVs. The industry is rattled by Beijing's proposal to require that electric cars make up 8 percent of every brand's production as early as next year. Consumers are steering the other way: First-quarter SUV sales soared 21 percent from a year earlier to 2.4 million, while electric vehicle purchases sank 4.4 percent to just 55,929.

"It's tough for someone with an EV to come and take away market share from SUVs," said Ben Cavender of China Market Research Group.

The Shanghai auto show, which opens to the public on Friday, will showcase work on electric models meant to appeal to Chinese drivers who are wary of the unfamiliar technology's reliability and cost.

The pressure for electrification in China is an added headache for automakers at a time when sales growth is slowing and competition heating up in a market they are counting on to drive global revenue. Sales growth fell to 1.7 percent in March from last year's 15 percent. SUVs made up 40 percent of sales, while sedan purchases fell 4.9 percent.

At the Shanghai show, the industry's biggest marketing event this year, almost every global and Chinese brand plans to display at least an electric concept car, if not a model ready for sale, alongside its latest SUVs and sedans. General Motors Co.'s Buick unit announced plans last month for Chinese sales of its Velite 5 gasoline-electric hybrid sedan. Buick also sells a hybrid LaCrosse in China. This month, Ford Motor Co. said it will sell an all-electric SUV and a plug-in hybrid Mondeo Energi sedan in China. Ford's joint venture with state-owned Changan Automobile Co. will manufacture the Mondeo. Ford said by 2025 it plans offer electric versions of 70 percent of its models sold in China.

"We are prioritizing our electrification efforts on China to reflect its importance as a global electrified vehicle market," Ford CEO Mark Fields said in a statement.

NextEV, a Shanghai-based startup, says it will display 11 vehicles in Shanghai from its all-electric NIO brand. They include the two-door EP9, a contender for the title of fastest electric car, with what the manufacturer says is a top speed of 194 mph (310 kph).

Volkswagen AG plans to announce its electric vehicle plans for China and unveil an electric concept car. Honda Motor Co. will show its new NeuV, a futuristic concept car the company has suggested might get an electric drivetrain. Government planners see electric vehicles as a sector where China can lead, and a Cabinet technology development plan issued in 2013 calls for two of the top global brands in 2025 to be Chinese.

Hence the proposal, released in September, calling for electric or gasoline-electric hybrids to make up 8 percent of every automaker's output next year. That would rise to 10 percent in 2019 and 12 percent in 2020.

Manufacturers failing to meet those targets could buy credits from companies that produce more electrics, helping to subsidize development. People in the industry say manufacturers have warned Beijing those targets are too ambitious. News reports say regulators might have agreed to lower or delay them in an updated plan due out this year, but there has been no official confirmation. China's stand-out EV success so far is BYD Auto Co. It sells all-electric vehicles to taxi and bus fleets in China and abroad and gasoline-electric hybrid SUVs and sedans to Chinese consumers.

"The biggest worries for people buying an electric car are lack of convenience for charging and the miserable range most electric cars have," said Zhang Xin, an independent auto industry analyst. To ease such "range anxiety," the Cabinet has ordered the state-owned power industry to step up installation of charging stations.