Peugeot gears up with nuTonomy for self-driving car test 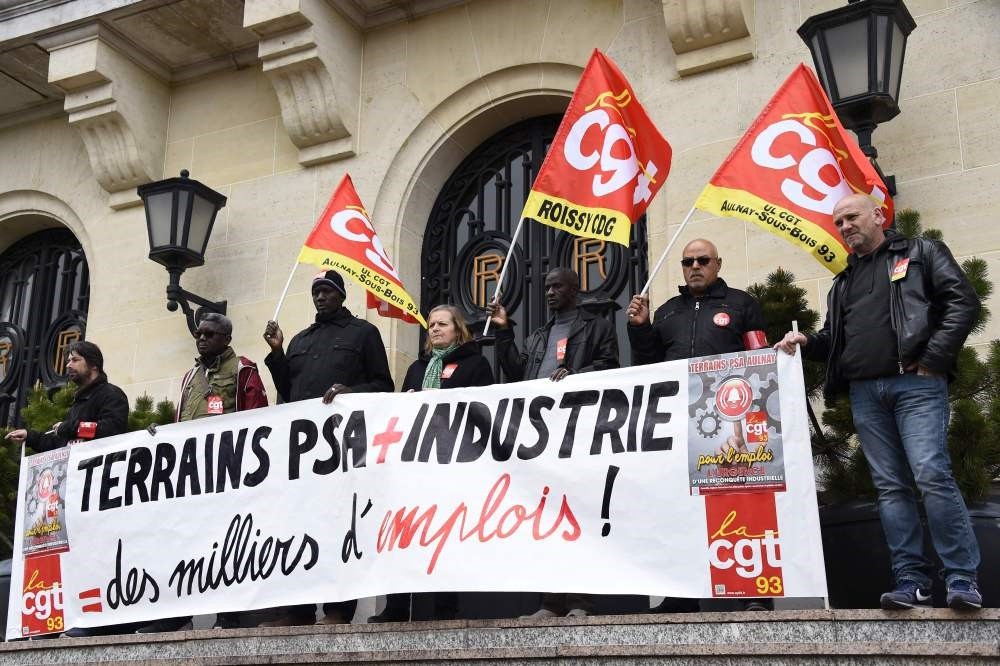 Employees of PSA Peugeot Citroen, hold a banner during a demonstration organised by CGT Union to call to preserve jobs and ask for the reindustrialisation of PSA plant in Aulnay-sous-Bois.The banner reads: u201cPSA fields + industry = thousands of jobsu201d.
by May 04, 2017 12:00 am
French carmaker Peugeot is partnering with Boston, Massachusetts-based tech firm nuTonomy to test self-driving cars in Singapore. NuTonomy's software, sensors and computing platforms will be installed in Peugeot 3008 models as part of plans to develop the technology needed for large fleets of autonomous cars, PSA and nuTonomy said in a statement yesterday. The latest PSA Group project seeks to work on "level 5" autonomous capable vehicles, which require no driver input, and will allow both companies to study how an "on-demand autonomous vehicle mobility service" performs, they said.

The combination is the latest between technology and automotive companies after Daimler, which owns Mercedes-Benz, last month unveiled an autonomous cars development partnership with supplier Robert Bosch, while BMW has announced an alliance with chip maker Intel and Israel's Mobileye .

Autonomous driving in urban areas requires a more radical approach to vehicle design, particularly for software and sensors, to help a car navigate inner city obstacles, said Anne Laliron, Head of the Business Lab at PSA Group. "That is the reason we jump on the opportunity to work with nuTonomy," Laliron told Reuters.

PSA Group will use the project to learn about what components make sense, and which suppliers are available, Laliron said. Following the initial phase of this partnership, the companies will consider expanding their on-road AV testing initiative to other major cities.

nuTonomy, a software company founded by Massachusetts Institute of Technology (MIT) academics and McKinsey management consultants was the first to begin on the road testing of driverless taxi services in Singapore last year. It raised $16 million last May in a funding round led by Highland Capital Partners and has backing from Singapore government authorities and Samsung Ventures, among others.