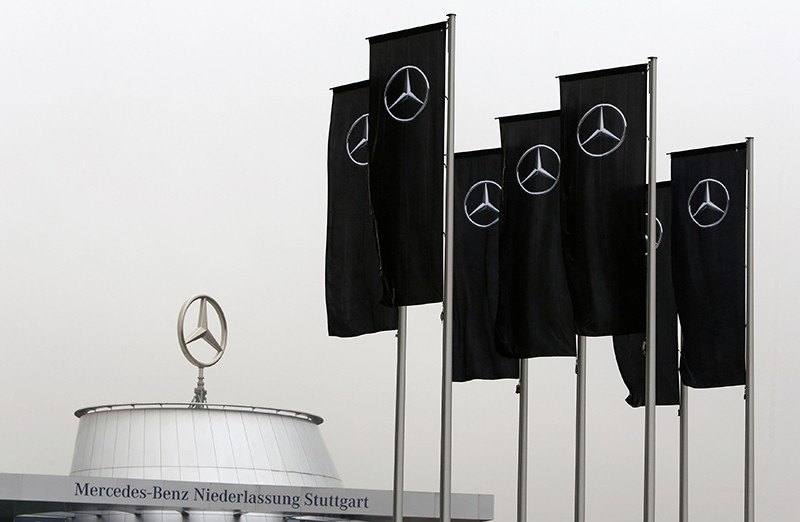 The Mercedes dealership of the south-western German city of Stuttgart is pictured before the annual news conference of Daimler AG in Stuttgart, Germany (Reuters Photo)
by Compiled from Wire Services May 23, 2017 12:00 am

German automaker Daimler AG says prosecutors will search several of its offices in Germany as part of a preliminary investigation into suspected manipulation of diesel emission controls.

Daimler said Tuesday it was cooperating with the probe conducted in its home base of Stuttgart. The company had already disclosed the probe in its financial reports. It said the investigation focused on "known and unknown employees" of the company.

"The company is fully cooperating with the authorities," said Daimler, which owns Mercedes-Benz.

Daimler said in its first-quarter earnings report that authorities in the U.S. and Europe had asked it for information about test results and the control systems used on its Mercedes-Benz cars. It said the U.S. Justice Department had asked the company to conduct an internal investigation.

The group added that the investigation targeted "known and unknown employees of Daimler AG over suspicion of fraud" and misleading advertising related to the possible manipulation of exhaust gas emissions in passenger cars with diesel engines.

Since the scandal broke in September 2015, other carmakers have also come under scrutiny.

VW has so far set aside more than 22 billion euros ($24.4 billion) to cover fines and compensation related to the fraud.

But experts estimate that the final bill could be far higher.

Fiat Chrysler has updated emission control software in 2017 models after U.S. environmental authorities said its vehicles emitted more pollution on the road than showed up in emissions tests.