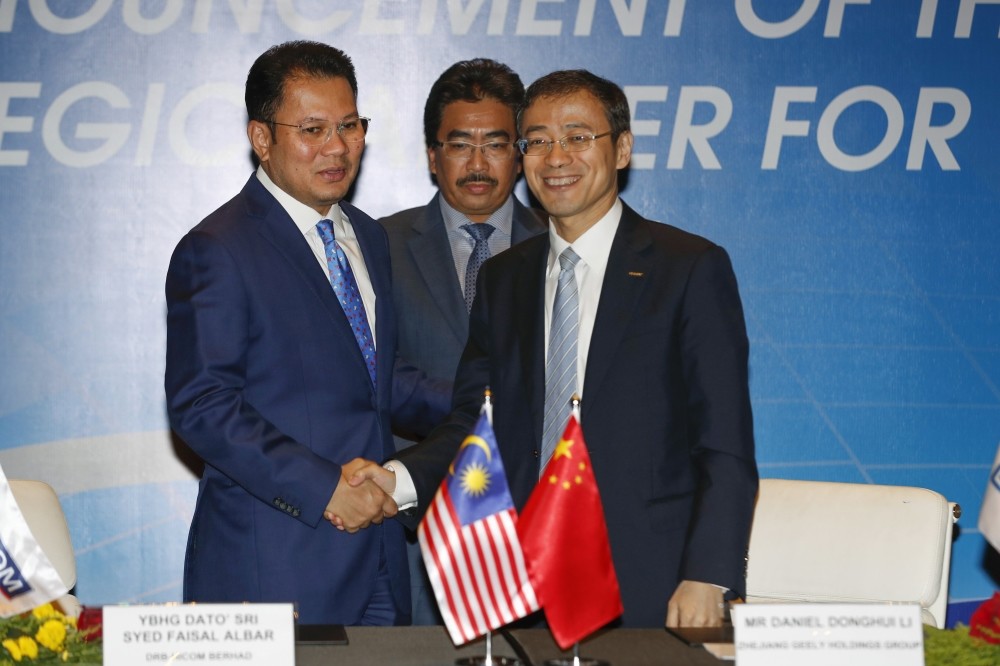 The Chinese owner of Sweden's Volvo Cars agreed yesterday to buy 49.9 percent of Malaysian automaker Proton, gaining a platform to expand into Southeast Asia. The deal gives Geely a distribution network in Southeast Asia, where non-Japanese brands have struggled. Proton gets a financially strong partner and possibly more advanced technology.

Proton Holdings Bhd. was founded in 1983 by the Malaysian government to create a domestic auto brand. It bought Lotus in 1996. But sales have suffered due to growing competition and a reputation for poor quality and bland models. The company was privatized in 2012 and continued to struggle, with its market share dwindling to 12 percent last year.

As part of the deal, Geely Holding Group Co. Ltd. will acquire 51 percent of British automaker Lotus from Proton for 51 million pounds ($66.2 million), officials said. Proton is selling its stake in Lotus to cut losses. The remaining 49 percent is being purchased by Etika Automobile, which is owned by Syed Mokhtar Al-Bukhary, the tycoon who holds the controlling stake in Proton's parent company, DRB-Hicom, said DRB group managing director Syed Faisal Albar.

Geely is one of China's biggest independent auto brands. Founded in 1986 as a refrigerator manufacturer, it started producing motorcycles in the 1990s and launched its first car in 2002. It bought Volvo from Ford Motor Co. in 2010.

Geely also owns the London Taxi Co., acquired in 2013. Last year, it launched a new brand, Lynk & Co., to be positioned in the mid-market between Geely's lower-priced vehicles and Volvo. Geely says last year's sales of its own brands rose 50 percent over 2015 to 765,851 vehicles.