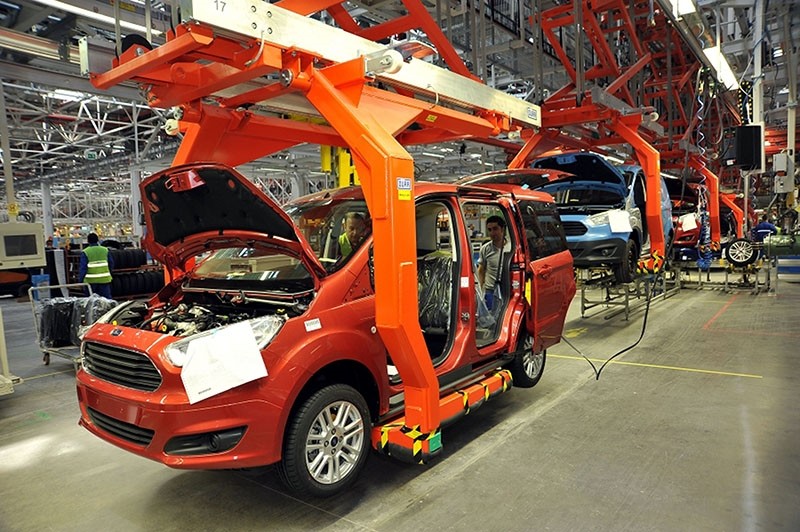 The automotive industry, which had eclipsed $23.8 billion in exports last year, is marching toward an all-time high this year, possibly surpassing its record of $24.7 billion it set in 2008.

Automotive Industry Exporters' Association (OIB) Chairman Orhan Sabuncu told Anadolu Agency that the automotive industry increased its exports by 22.4 percent from $11.7 billion in the first half of last year to $14.4 billion in the same period of this year.

Sabuncu said the automotive industry had an increase of 16.4 percent in exports in June, amounting to $2.5 billion, and that the sector, reached average exports of $2.4 billion on a monthly basis in the first half of the year.

He also said the automotive industry, which constituted 18.8 percent of Turkey's total exports in the first half of the year, has maintained its place with this result.

'We aim to break the all-time export record'

Recalling that the export record for the automotive industry was broken in 2008 with $24.7 billion, Sabuncu said the last quarter of the record year was adversely affected by the global economic crisis.

Sabuncu stated that the industry has gained a good momentum this year, pointing out that the economic crisis, which started in the last quarter of 2008, caused export figures to fall sharply in the last three months.

"Having achieved an average export volume of $2.3 billion on a monthly basis until September in 2008, the sector could only realize an average of $1.3 billion in the last three months," he continued. "This year, there will be no change like this. Therefore, with a stable performance until the end of the year, we aim to break the all-time export record by reaching an export figure of over $27 billion."