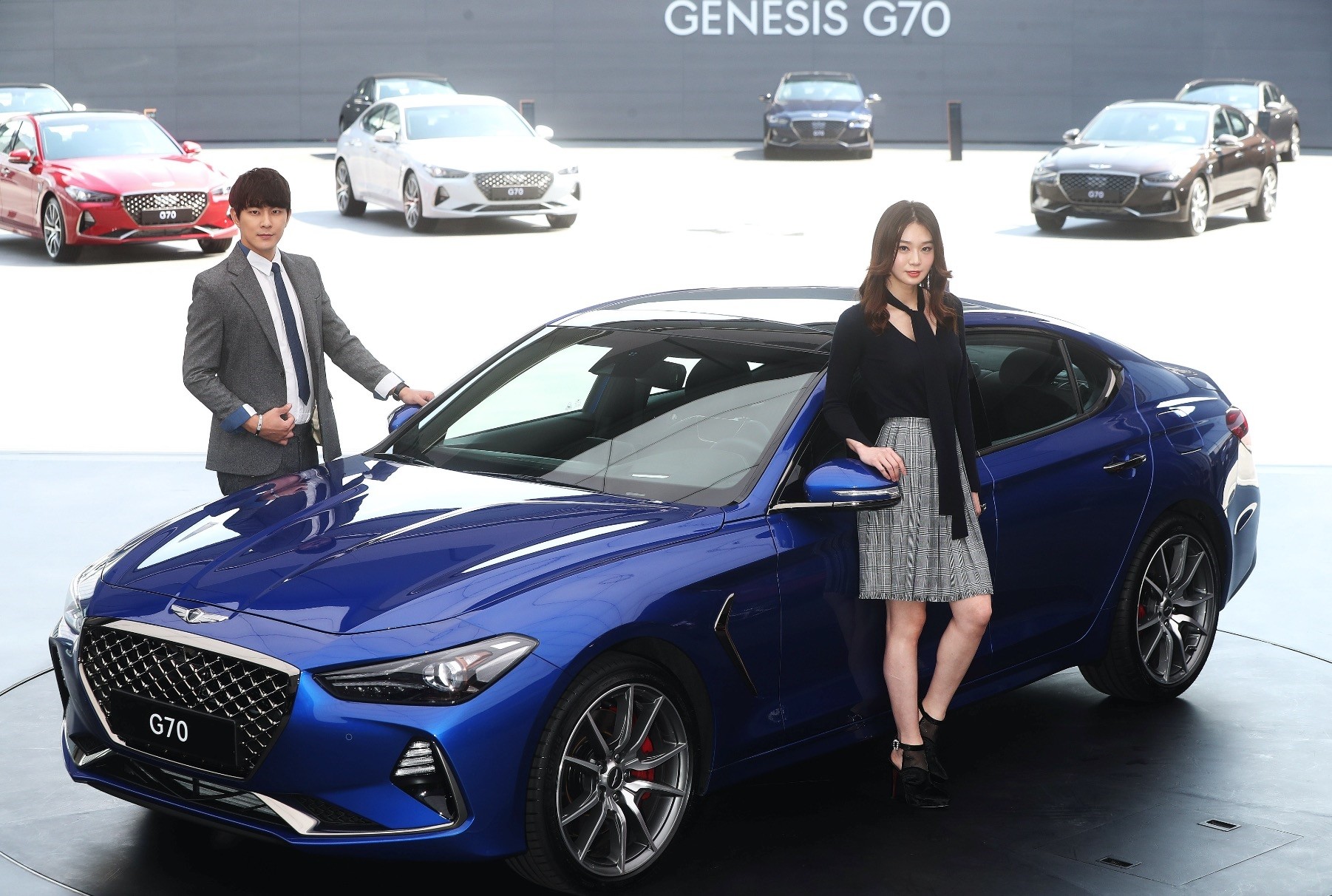 South Korea's Hyundai Motor Co launched its first new sedan under the premium Genesis marque in Seoul on Friday, hoping to cement the brand's place in the luxury segment and make up for its lack of a strong SUV line-up.

The G70 is the third sedan to carry the Genesis name but the first to be marketed exclusively under Hyundai Motor's fledgling premium brand. Starting from $33,000, the sporty four-door offers bang for the buck as it takes on rivals including affiliate Kia Motor's Stinger sedan and BMW's 3 series. But analysts say the G70 will not solve Hyundai's troubles in the United States, where sports utility vehicles (SUVs) are all the rage and the two previous Genesis-branded sedans failed to take off.

"Look at Cadillac, with just one crossover, the brand is struggling in the U.S. It will be much the same story for Genesis until they can get a crossover to market," said Dave Sullivan, product analysis manager at U.S. consultancy AutoPacific. "It's not because the G70 will be a bad product ... The sedan lineup just doesn't match consumer demand." Hyundai has not said when it would enter China and Europe, which are dominated by German premium brands. Hyundai Motor expects annual sales of over 60,000 G70 sedans globally. Hyundai has said the Genesis line-up will grow to six by 2021, with the addition of two SUVs and an electric vehicle.