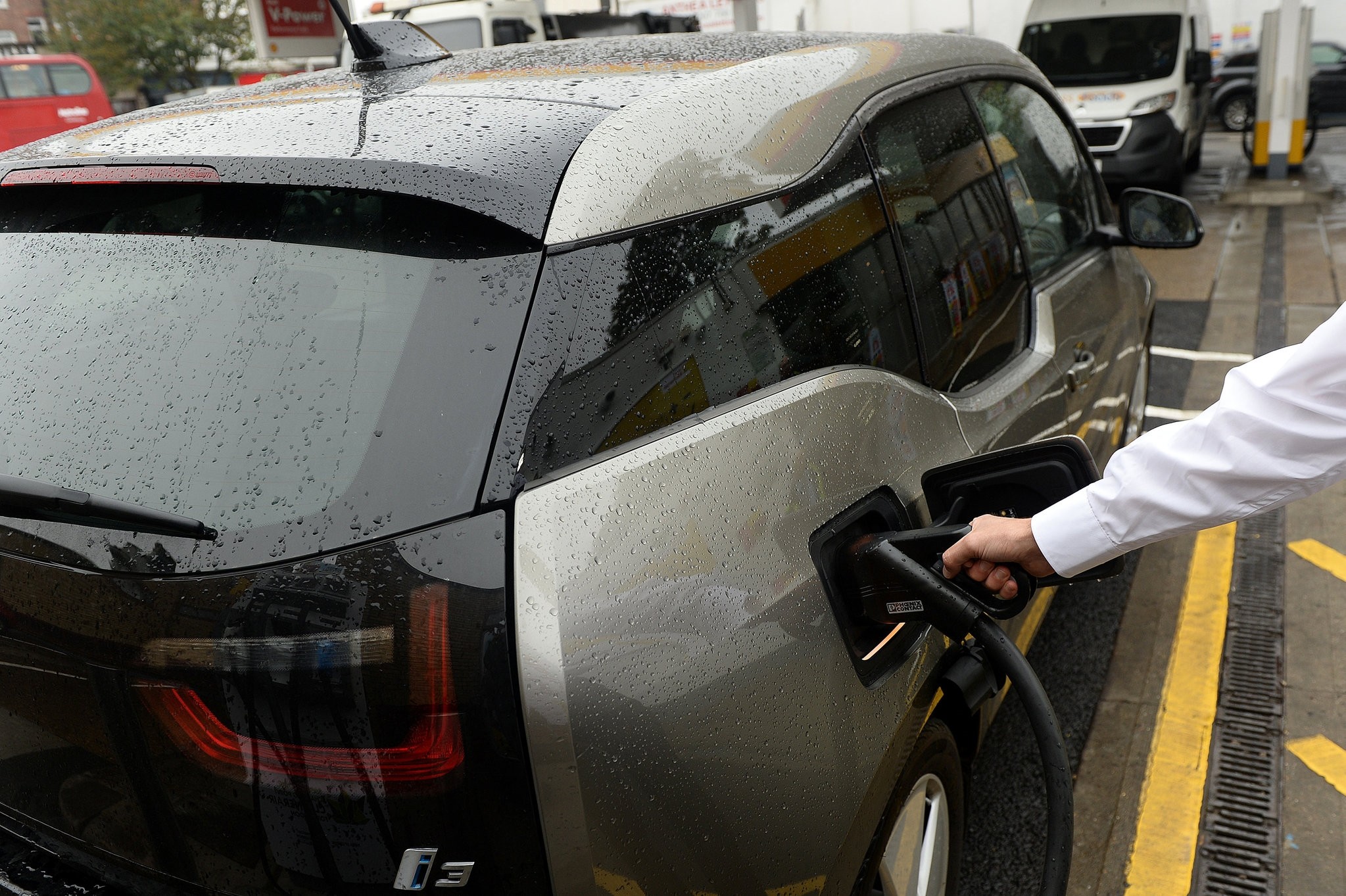 An electric car charges at the Holloway Road Shell station where Shell is launching its first fast electric vehicle charging station in London.
by Oct 21, 2017 12:00 am

"Electric vehicles are inherently less complicated than gasoline or hybrid alternatives," he added. Having dispensed with the fuel and cooling systems found in gasoline- or diesel-powered vehicles, electric cars also avoid parts that wear out and require replacement, such as filters and spark plugs. In testing, Chevrolet's new all-electric Bolt EV proved highly dependable, according to Consumer Reports, a non-profit organization which accepts no advertising.

"This is actually one of the most reliable vehicles in the General Motors fleet," Fisher said of the Bolt. Consumer Reports has not yet tested the new Tesla Model 3 but anticipates that it will also score well for reliability, according to Fisher, who based his prediction on the results of continuing tests of Tesla's Model S and X. The three Tesla models share the same basic technology. The magazine's consumer surveys have given the Model X lower marks because of the complexity of controls for front seats and infotainment systems, but this was unrelated to the car's driving characteristics. According to Fischer, data from Consumer Reports shows that growing pains for new models are common. A survey of 640,000 consumers showed all new or updated models are more likely than prior models to develop engine problems, jerky transmissions or suffer failures in high-tech features. To reduce emissions, authorities in China, Britain, France and California have put increasing pressure on automakers to develop more electric vehicles.

Driving range has been a major drawback, hindering more widespread adoption. The new version of the Nissan Leaf, among the most popular models of electric car, will have a range of 240 kilometers. Charging stations are also still scarce. The market research firm ON World found that half of all electric vehicle drivers are concerned about the availability of public charging stations. There are about 16,000 such stations in the U.S. versus 121,000 gasoline stations, according to government statistics.