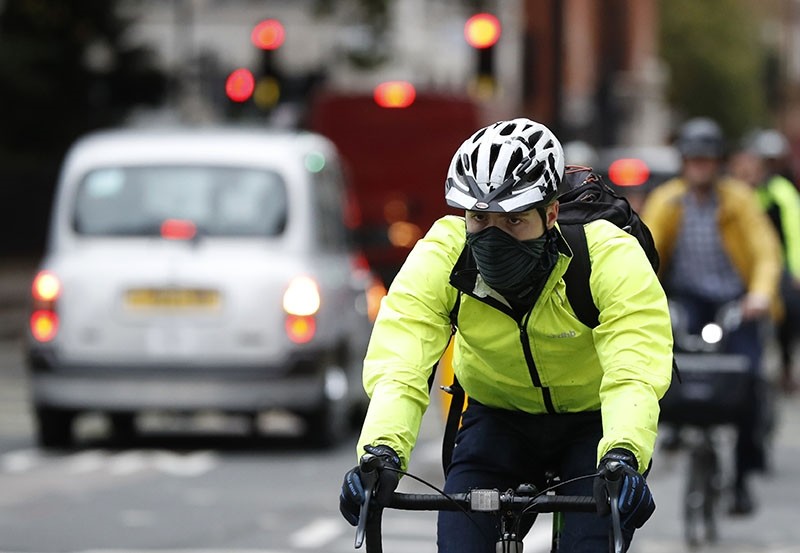 London brought in a new levy on the oldest and most polluting cars entering the city center from Monday, almost doubling how much motorists have to pay in the latest blow to diesel.

Drivers are already charged 11.50 pounds ($15) to enter the financial district and parts of west London under a congestion charge but those driving petrol and diesel vehicles typically registered before 2006 will need to pay an additional 10 pounds (11.2-euro, $13.2).

The charge applies to all petrol and diesel cars that were registered before the introduction of environmentally friendly Euro 4 emissions standards.

Transport for London said that anyone with a vehicle registered before 2008 should check if it might be eligible for the charge.

Since the 2015 Volkswagen emissions cheating scandal, a number of major cities including Madrid, Paris and Athens have announced plans particularly focused on cutting diesel emissions including bans, fines and restrictions.

The new charge could further encourage motorists to switch to greener models in one of Europe's biggest cities as Mayor Sadiq Khan hopes the new levy to reduce toxicity, known as the T-Charge, will help save thousands of lives each year.

"The air is bad, but it's also a killer," he told Reuters.

"There are children in London whose lungs are underdeveloped. There are adults who suffer a whole host of conditions caused by the poor quality air from asthma to dementia to suffering strokes."

"As mayor I am determined to take urgent action to help clean up London's lethal air," Khan said in a statement.

"The shameful scale of the public health crisis London faces, with thousands of premature deaths caused by air pollution, must be addressed," he added.

The charge is intended to prepare Londoners for the introduction of an Ultra-Low Emission Zone across the city center from April 2019.

Although the tax also applies to older petrol cars, diesel has been particularly maligned over the last few years, with sales down 14 percent this year in Europe's second-biggest car market as petrol demand continues to rise.

"There's a budget coming up and the government's got to step up and announce the diesel scrappage scheme to help families and businesses," said Khan, a politician from Britain's main opposition Labour Party.

The European Commission in February issued a warning to five member states including Britain, urging them to take action on car pollution or risk being sent to the European Court of Justice.

Britain's Conservative government said this year that sales of new diesel and petrol cars would be banned from 2040 but has stopped short of an immediate program to incentivize drivers to trade in their old models.

Whether 40,000 Uber drivers, one in three of all private hire vehicles working in the British capital, continue to operate will also have a major impact on London's streets in the years ahead.

The city's transport regulator shocked the Silicon Valley taxi app last month by stripping it of its license, but the company can continue to operate until an appeals process is exhausted, which could take several years.

"If it's possible for the global CEO to continue discussions with the TfL commissioner of course that's a sensible course of action," he told Reuters.