Singapore to use autonomous buses on public roads from 2022 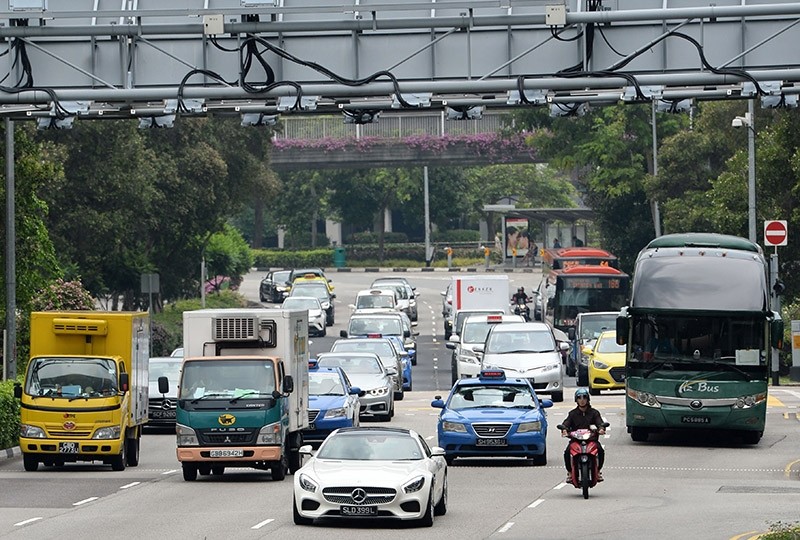 This photo taken on October 24, 2017 shows motorists enterint the central business district in Singapore. (AFP Photo)
by Compiled from Wire Services Nov 22, 2017 12:00 am

Singapore is hoping to deploy autonomous buses on public roads in three different districts of the city-state from 2022 to provide better connectivity, the country's Ministry of Transport said in a statement on Wednesday.

Countries around the world are encouraging the development of self-driving technologies. High-density Singapore, which has manpower shortages in many sectors, is at the forefront of such efforts and is hoping to prompt its residents to use more shared vehicles and public transport.

There are at least 10 companies testing their autonomous technology on the island.

Singapore has so far avoided the massive traffic jams that choke other Asian cities like Manila and Jakarta by imposing road tolls, spending massively on public transport and becoming one of the world's most expensive places to own a car.

Autonomous scheduled bus services will complement human-driven public buses, and will initially travel on less crowded roads, according to the statement.

"The autonomous vehicles will greatly enhance the accessibility and connectivity of our public transport system, particularly for the elderly families with young children and the less mobile," Transport Minister Khaw Boon Wan said at the launch of a test center for self-driving vehicles.

"More importantly, we can gain further insights into how we can develop new towns or refurbish existing ones for the safe mass deployment of autonomous vehicles."

Some industry players believe autonomous vehicles can ply highways and busy city streets in Singapore "without any form of human intervention" in 10 years' time, he added.

Autonomous on-demand shuttles will allow commuters to hail the services via their mobile phones.

The government said it was seeking inputs from the industry and research institutions on the key requirements for the successful pilot launch of these autonomous vehicles.