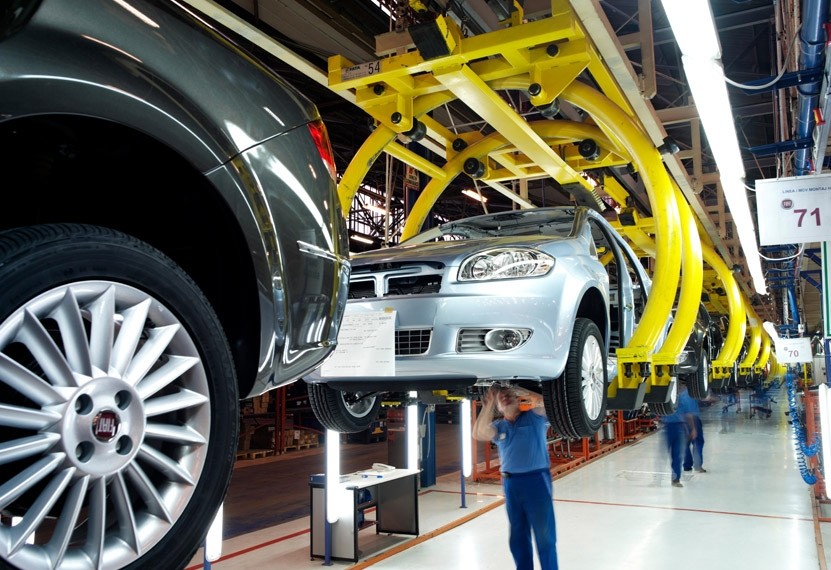 Uludağ Automotive Industry Exporters Association (OİB) released the data regarding Turkey's automotive exports. According to the data, the automotive sector broke its own sector record, soaring to $24.8 billion on Nov. 17, from the previous export record of $24.7 billion in 2008. During an interview with Anadolu Agency (AA), OIB Chairman Sabuncu said the automotive industry's exports in the first 10 months of this year stood at $23.4 billion, marking an increase of 21 percent over the same period last year.

Emphasizing that they have been following the sector's exports daily since then, Sabuncu said the sector's highest export figure was $24.7 billion in 2008 when the global financial crisis broke out. Following the crisis, exports rapidly dropped to $15 billion, however, they rose again to $23.9 billion last year as a result of annual gradual increases. Sabuncu added, "We knew we would break this record this year. We set the targets accordingly and the timing was also very good. The automotive industry had broken the all-time record on Nov. 17, bringing the highest export figure of $24.7 billion to $24.8 billion."Expressing that there are other records in the sector this year, Sabuncu noted that the automotive industry has been the champion of exports for the last 12 consecutive years. There is a gap of $10 billion between the automotive sector and the second largest export champion.

Stressing that the year-end export figure is very important now, Sabuncu said their export target for 2017 was $27 billion. However, the current course and trend indicates that exports will surpass this targeted figure and will be over $28 billion.

Moreover, the leading sector of the economy is moving toward this year's target of $27 billion in exports with sure steps, the association said on its official website. According to the OIB, automotive exports increased by 19 percent to $2.6 billion in October compared to the same month the previous year.

Besides passenger automobiles, there was also a double-digit increase in subsidiary industry exports during October, OIB Chairman Sabuncu said.

It was also reported that the sector reached the second-highest export figure in its history monthly for exports in March, at $2.7 billion.