SpaceX's Elon Musk to launch his own car into deep space 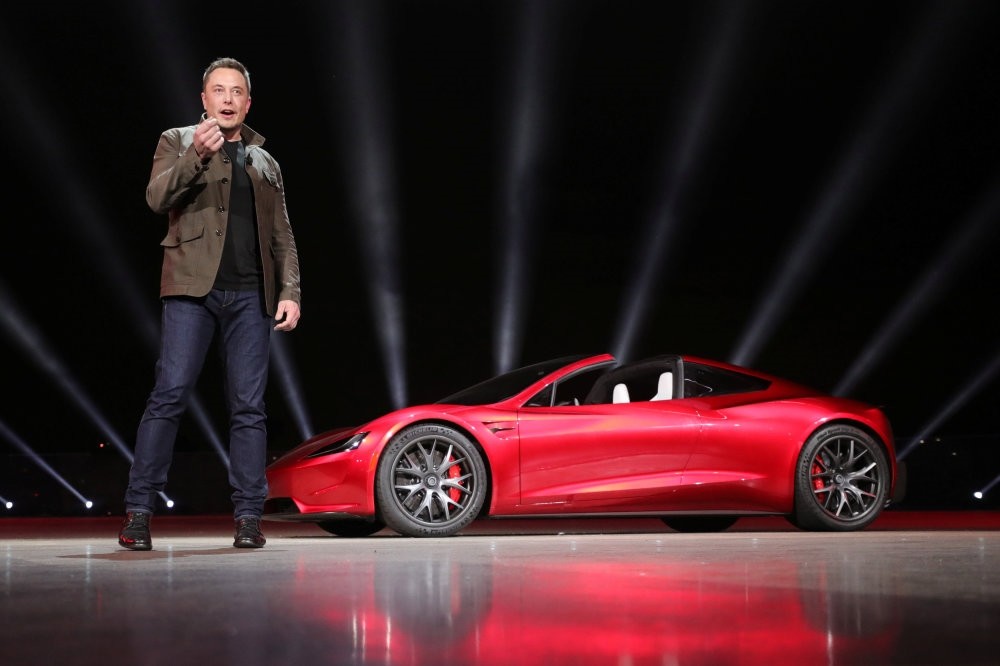 SpaceX confirmed Wednesday its CEO Elon Musk plans to blast his cherry red electric car off toward the Red Planet when the company's Falcon Heavy rocket launches for the first time next month. Many wondered if Musk was joking last week when he tweeted his plans for the Falcon Heavy's inaugural payload to be his "midnight cherry Tesla Roadster playing Space Oddity," the classic song by the late David Bowie.

"Destination is Mars orbit. Will be in deep space for a billion years or so if it doesn't blow up on ascent," the famed space enthusiast and Internet tycoon said on Twitter on Friday.

But SpaceX confirmed to AFP on Wednesday that the plan is for real. Touted as the "world's most powerful rocket," the Falcon Heavy is designed to one day carry crew and supplies to deep space destinations such as the Moon and Mars. It can propel 119,000 pounds (54 metric tons) - or the same as a fully loaded Boeing 737 jet - into orbit, twice the load of the Delta IV Heavy, currently the biggest rocket in operation. The Saturn V moon rocket, which last flew in 1973, was more powerful. There were also two bigger rockets during the Soviet era - the N1 which was the most powerful first stage ever built, though it failed to launch successfully; and Energia which only launched twice.

The Falcon Heavy is essentially three of the California-based company's Falcon 9 rockets put together, with 27 Merlin engines instead of nine. SpaceX says it will cost a third of what it costs to launch the Delta IV. A date has not yet been set for the Falcon Heavy launch from Cape Canaveral, Florida, which has been delayed several times - but SpaceX says it should happen in January 2018. According to astronomer and blogger Phil Plait, who was able to reach Musk for more details about the plan, the car won't be sent into orbit around Mars, but will enter "an orbit around the Sun that takes it as close to the Sun as Earth and as far out as Mars."

Other items may be added to the payload as well.

"Just bear in mind that there is a good chance this monster rocket blows up, so I wouldn't put anything of irreplaceable sentimental value on it," Musk was quoted as saying.