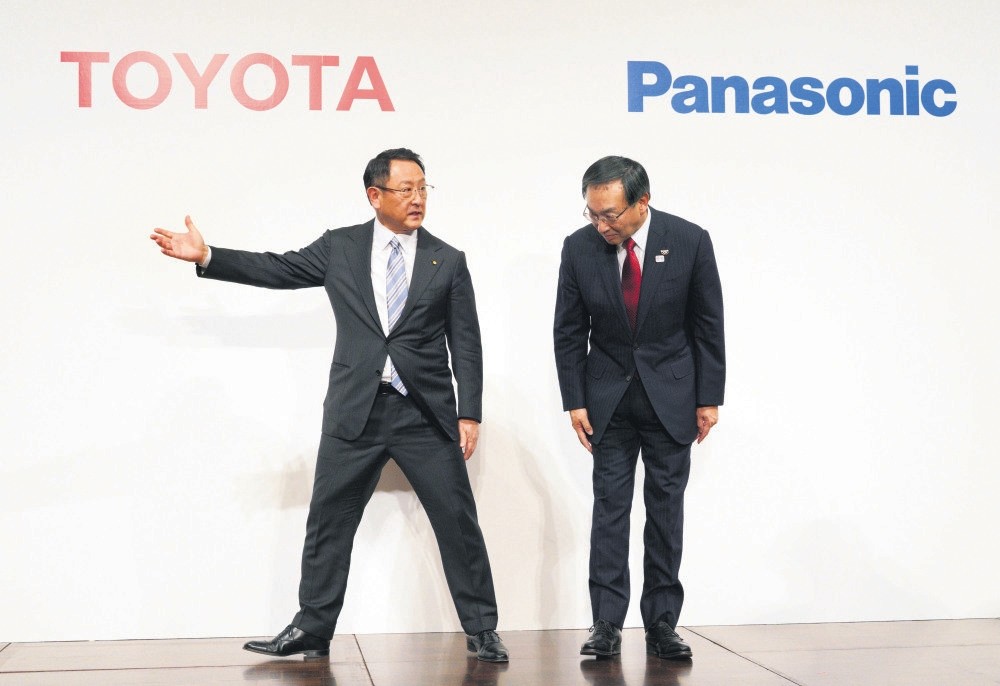 Japanese car giant Toyota said yesterday it wanted half of its global sales to come from electric-powered vehicles by 2030, as the industry strives to meet toughening environmental regulations. Electric-powered vehicles currently represent around 15 percent of the roughly 10 million units Toyota sells annually - mostly hybrids such as its best-selling Prius.

"By 2030, we aim to have 50 percent or more of our total vehicle sales coming from electric-powered vehicles, such as hybrid, plug-in hybrid, EV and FCV [fuel-cell vehicle]," announced President Akio Toyoda in a rare public appearance. Toyoda said the target would mean selling around 5.5 million electric-powered vehicles in total by 2030. Of these, 4.5 million units would be gasoline-electric hybrid and plug-in hybrid vehicles and one million units would be all electric vehicles and hydrogen-powered fuel-cell vehicles, said the CEO.

The target came as Toyota kicked off talks with electronics giant Panasonic over a possible tie-up to develop, produce and recycle automotive batteries.

"The global automobile industry is going through a sweeping change seen only once in a century," Toyoda said.

"The key to electrifying vehicles in the future will be batteries. In order for Japan to survive this era of profound change with no natural resources, we must develop competitive batteries and establish systems for a stable supply," it said.