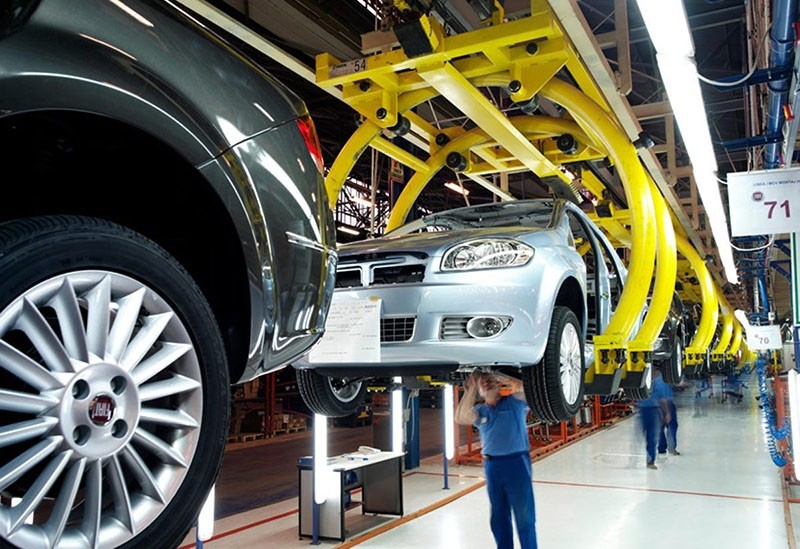 The share of imported cars in total car sales in Turkey dropped from 74.6 percent in 2016 to 70 percent in 2017 as new models were introduced in assembly lines in the country.

According to Automotive Distributors Association (ODD) data, sales in the Turkish automotive market reached the third highest numbers in its entire history last year with 340,306 domestic and 615,888 imported cars sold.

Imported vehicles had share of 64.4 percent in combined car and light commercial vehicle sales, showing a drop from 68.4 percent in 2016.

Amid the Turkish lira's loss of value against the U.S. dollar and euro during the year, automobile and light commercial vehicle sales declined by 2.8 percent to 956,194 in total.

Italian car maker Fiat, which has an extensive partnership with Turkish automotive company TOFAŞ in the northwestern province of Bursa, led the domestically produced car sales. Out of the total 120,049 vehicles sold under the Fiat brand in Turkey, 111,310 vehicles, or 93 percent, were produced in the country.

However, in terms of both domestically produced and imported cars, French car maker Renault, which also has a deep-seated partnership with Bursa-based OYAK, led the total sales with 130,276 vehicles.

Automatic transmission vehicle sales also increased by 0.8 percent and reached 437,488, bringing their share in total sales from 57.3 to 60.5 percent.