Nissan to invest $10B, develop 20 electric vehicles in China 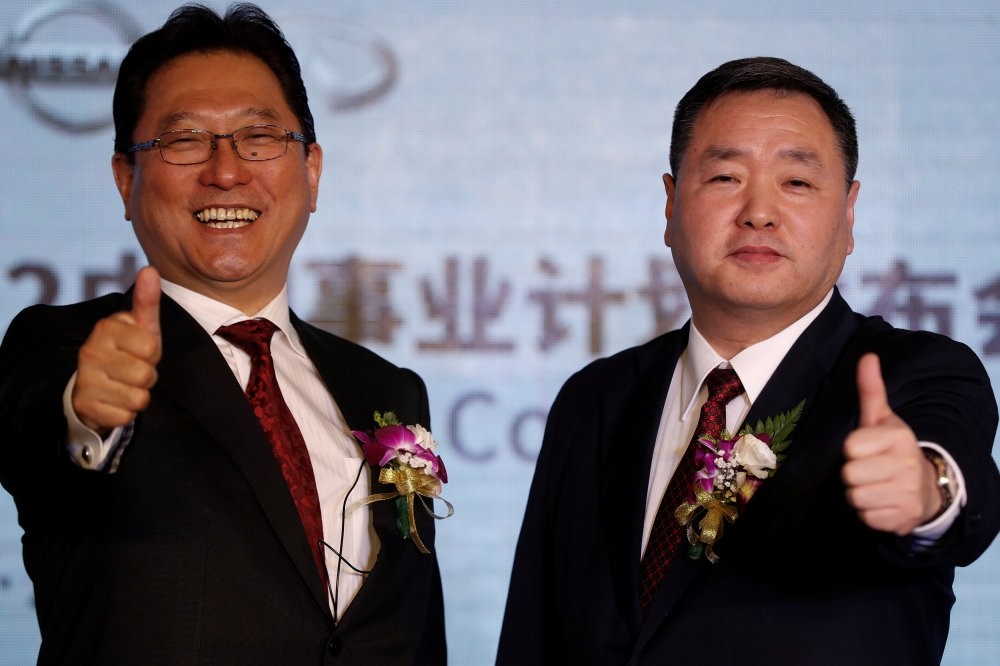 Jun Seki (L), the president of Dongfeng Motor Co., the Nissan and Dongfeng Group joint venture, and its Executive Vice President Lei Ping give the thumbs-up during a news conference in Beijing.
by Associated Press Feb 06, 2018 12:00 am

Nissan joins global automakers including Volkswagen AG and General Motors Co. that are looking to China to propel future revenue and are investing billions of dollars to develop electric vehicles that will appeal to Chinese drivers. The appeal of electrics in China still depends heavily on subsidies but Beijing is pushing automakers to develop the technology. Automakers face quotas that require electrics to make up at least 10 percent of their sales starting next year.

Regulators are using access to China's market as leverage to induce global auto brands to help local companies that might become future competitors develop electrics. Foreign automakers that want to manufacture in China must work through local partners, most of them state-owned, and must share or help develop technology to satisfy the sales quotas. Overall, Chinese sales of sedans, SUVs and minivans rose 1.4 percent last year over 2016 to 24.7 million units. Total sales of pure-electric and gasoline-electric hybrids rose 53.3 percent to 777,000 units but accounted for just 2.7 percent of the market.

Nissan and Dongfeng said they plan to develop 40 new models - half of them electric or hybrid - over the next five years. Those will be sold under the Nissan, Dongfeng and Infiniti brands as well as the partnership's low-price Venucia name. By 2020, the partners have set an annual sales target of 360,000 electric or hybrid vehicles, or some 30 percent of the total, Seki told reporters. He said last year's total sales were 21,000 units.

"We need to accelerate cost reduction," said Seki. "But to reduce costs, we need more volume."

Overall, their joint venture aims to increase annual sales by 1 million units to 2.6 million by 2020. Seki said Nissan-Dongfeng sales of electrics have failed to gain traction due to the relatively high sticker price of models that contain up to 85 percent imported components.