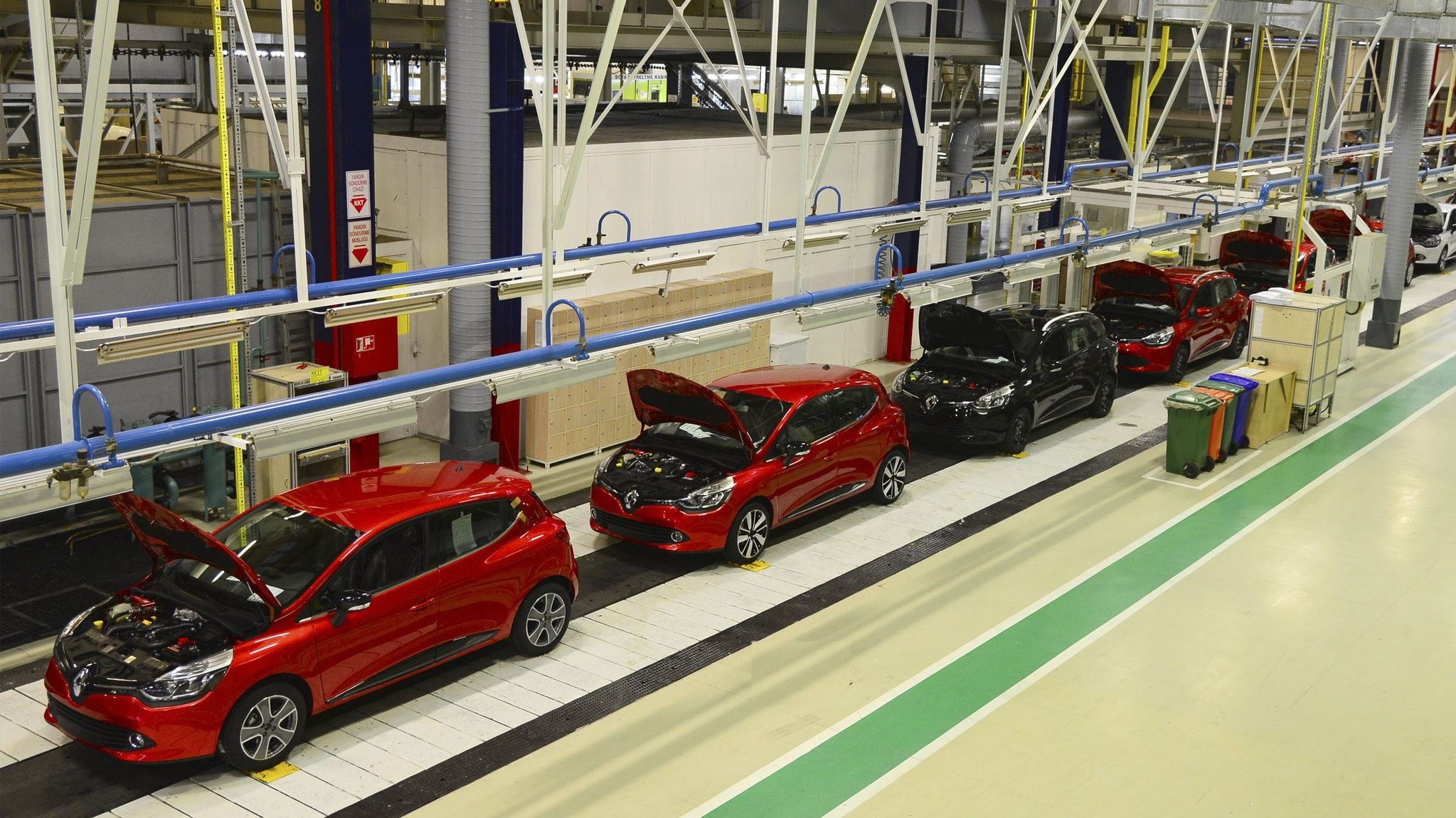 One of the driving forces of the Turkish economy, the automotive sector's exports hit an all-time high on a monthly basis in February, as sales soared by 26 percent, reaching $2.8 billion

Exports by the automotive sector, regarded as one of the driving sectors of the Turkish economy, hit an all-time high on a monthly basis in February, according to Uludağ Automotive Industry Exporters' Association (OİB) data. According to a statement released by the OİB, the automotive sector, which has been topping Turkey's overall exports in the past 12 years, amounted to $2.8 billion in February with an increase of 26 percent compared to the same month last year, hitting the all-time export record on a monthly basis. Holding about 22 percent of the market share in Turkey's exports, the sector realized more than one-fifth of total exports alone.

In February, exports of automotive sub-industry goods increased by 28 percent to $937 million, passenger car exports by 15 percent to $1 billion, motor vehicle for goods transport by 50.5 percent to $578 million and bus-minibus-midibus exports by 4 percent to $131 million.

Exports to Germany, which led the way in the exports of automotive sub-industry, increased by 21 percent, followed by France with 22 percent, Italy with 23 percent, the United Kingdom with 29 percent, Romania with 39 percent and the United States with 42 percent.

Exports to Italy, which topped passenger car exports, increased by 38 percent, while exports to Belgium rose by 58 percent, Slovenia by 152 percent, Poland by 26 percent and Germany by 13 percent.

In motor vehicles for goods transport, exports to the group leader United States increased by 51 percent, followed by France with 46 percent, Slovenia with 57 percent, the Netherlands with 71 percent, Spain with 100 percent and Germany with 163 percent.

In the bus-minibus-midibus product group, exports to Germany, the country with the largest number of exports, surged by 37 percent, while exports to France fell by 59 percent.

EXPORTS TO GERMANY UP 22 PCT

An increase of 12 percent was experienced in exports to France, 19 percent to Spain, 34 percent to Belgium, 91 percent to Slovenia, 35 percent to Poland, and 36 percent to the Netherlands, while exports to the United States fell by 7 percent.

In terms of country groups, exports to the European Union countries increased by 26 percent to $2.2 billion, accounting for 79 percent of the total exports.

In the second month of the year, exports to the Middle Eastern and the African countries, Turkey's alternative markets in the automotive sector, increased by 20 percent and 50 percent, respectively.

EXPORTS TO EUROPE UP 26 PCT

OIB Chairman Orhan Sabuncu recalled that the previous monthly record was broken in March last year, saying, "Automotive exports, which experienced a decrease in January 2016, have continued to increase for the last 25 months since then."

Sabuncu pointed out that the high rate of increase of up to 50 percent in the automotive sub-industry and motor vehicles for goods transport groups was the main determinant of exports in February.

"In February, exports to the EU countries increased by 26 percent while the Middle Eastern and African countries experienced high rates of growth," he added.