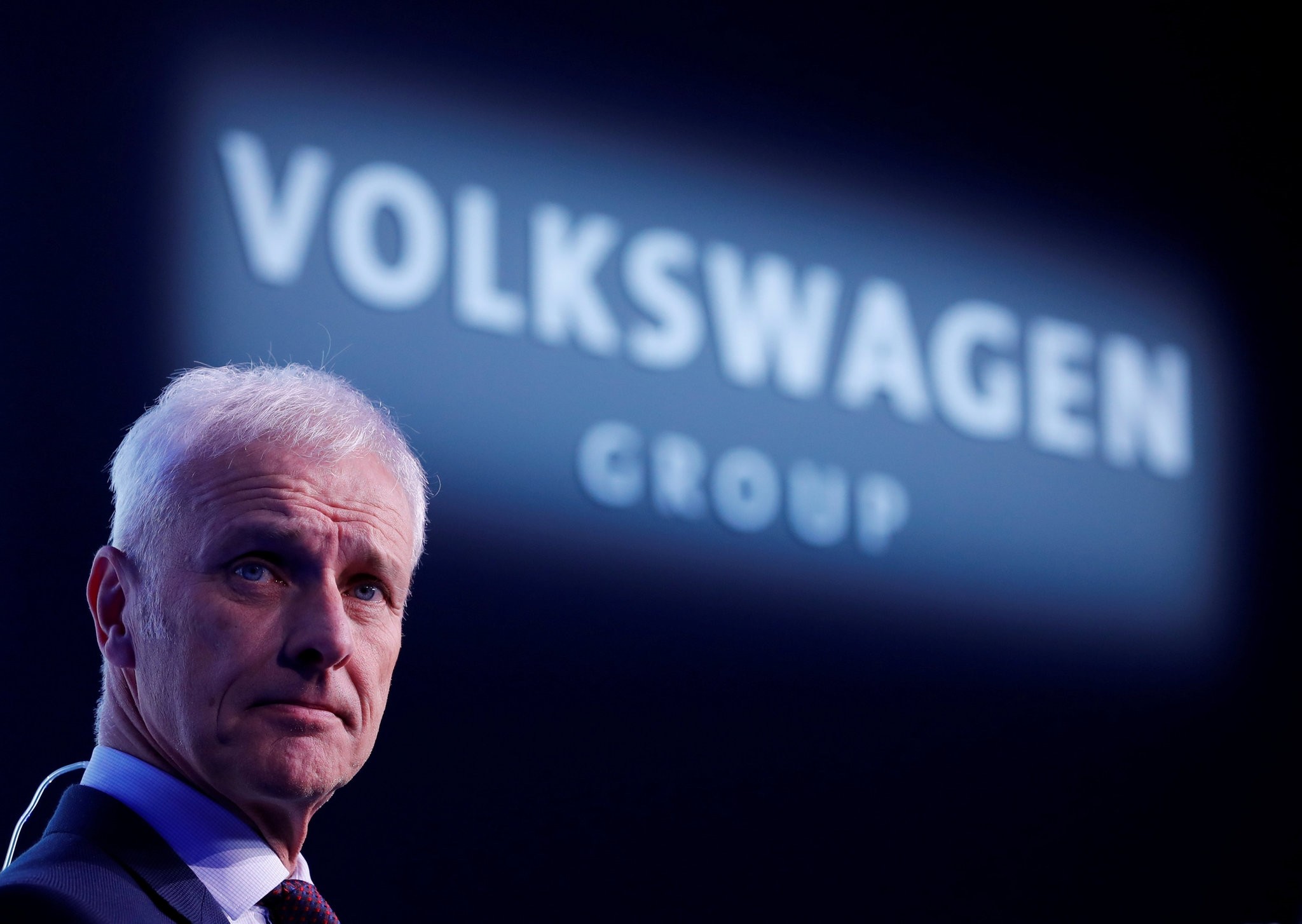 Volkswagen CEO Matthias Mueller poses for a photograph after an interview with Reuters ahead of the 88th International Motor Show at Palexpo in Geneva, Switzerland, March 5, 2018. (REUTERS Photo)
by Apr 10, 2018 12:00 am

Volkswagen wants to replace Chief Executive Matthias Mueller with the head of its core VW brand, Herbert Diess, as it looks to give fresh impetus to its recovery from an emissions scandal, two people familiar with the matter said.

The German car maker said on Tuesday it was considering a change in leadership as part of a broader management overhaul, but gave no further details. The 64-year-old Mueller's contract is due to run until 2020.

His departure will test the ability of Volkswagen's stakeholders, which include the Porsche and Piech families, the German state of Lower Saxony, and the company's powerful labor representatives, to unite behind a new boss.

Mueller, a company veteran, was installed at short notice in 2015, a week after the company admitted to cheating U.S. diesel emission tests, prompting criticism from some investors who said that only an outsider could rebuild trust in the business.

He launched an ambitious reform plan, including investing billions of euros in electric vehicles, but has struggled to push through reforms aimed at creating a more efficient and focused company. Amid opposition from labor leaders, Mueller failed to sell motorbike maker Ducati last year.

It is unclear how soon Diess, a former BMW executive who joined VW in July 2015 and has clashed with the company's labor leaders, would replace Mueller.

Diess, 59, has been restructuring the VW brand to bring its cost structure and efficiency closer to that of rival Toyota. Previous executives including Bernd Pischetsrieder and Wolfgang Bernhard struggled to push through such reforms.

Shares in Volkswagen, which also owns the Bentley, Bugatti, Lamborghini, Skoda, Audi and Porsche brands, jumped on the news, and were up 4.3 percent at 171.24 euros at 1520 GMT.

"Volkswagen is considering a further development of the management structure of the group which would also be associated with personnel changes in the board of management," the company said in a short statement.

Two people close to the carmaker said its supervisory board was due to meet on Friday, and would also discuss a possible stock market listing for the company's truck and bus division - another move aimed at creating a more focused business.

"If Diess is confirmed as the successor, VW shares will extend their gains," Evercore ISI analyst Arndt Ellinghorst said, who has an "outperform" rating on the stock.

"We see no better alternative to Matthias Mueller to make the company fit for the future."

Despite facing billions in fines, vehicle refits and lawsuits relating to its "dieselgate" scandal, Volkswagen's operating results have been robust, with sales and profit hitting record highs last year.

But the persistent tug of war between its controlling families, unions and other stakeholders have made it difficult to drive through structural changes that investors have said are key to the company fulfilling its potential.

Volkswagen said on Tuesday that Mueller had expressed his general willingness to participate in a management overhaul, and it was still to be determined whether efforts to develop a new leadership structure would leave him in place.

Chairman Hans Dieter Poetsch is currently in talks about changing the structure with fellow supervisory board members and members of the management board, Volkswagen said.

The debate about Volkswagen's future structure comes a month after its largest shareholder, Porsche Automobil Holding, picked three new representatives of the Porsche and Piech families to help oversee Volkswagen.

Two months ago, sources close to Volkswagen management told Reuters that Mueller was growing frustrated with a lack of support for his reform efforts and by the company's inability to draw a line under its emissions scandal.

Volkswagen declined to comment on whether the board was poised to name Diess as new CEO. The works council, whose members occupy half the seats on the supervisory board, also declined comment.