VW to pay $1.2 billion in Germany over diesel emissions scandal 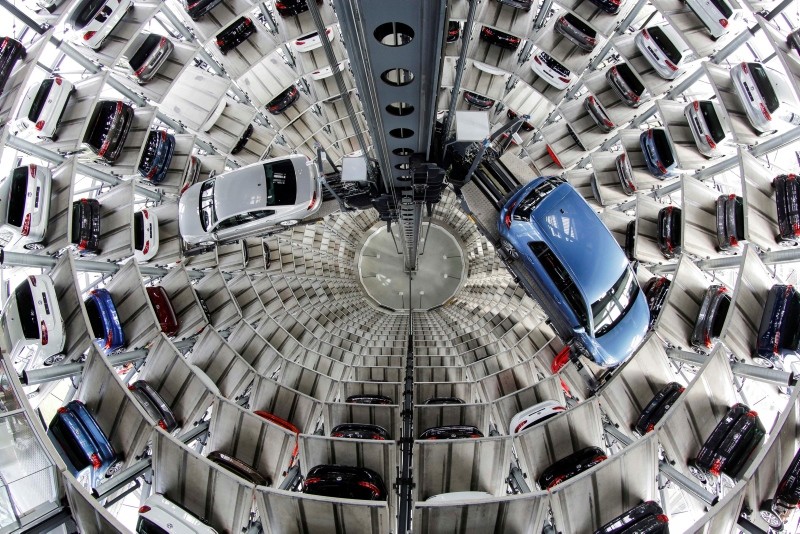 In this April 28, 2016 file photo Volkswagen cars are presented to media inside a delivery tower in Wolfsburg, Germany. (AP Photo)
by Compiled from Wire Services Jun 13, 2018 12:00 am

Automaker Volkswagen said Wednesday that it's being fined 1 billion euros ($1.18 billion) by German authorities in connection with the diesel emissions scandal.

Volkswagen said in a statement it would accept the fine imposed by prosecutors in the German city of Braunschweig.

Prosecutors concluded that Volkswagen failed to properly oversee the activity of its engine development department, resulting in some 10.7 million diesel vehicles with illegal emissions-controlling software being sold worldwide.

The scandal, which came to light in the United States in 2015, has already cost the German automaker $20 billion in fines and civil settlements in the U.S.

Volkswagen said it hoped that paying the German fine would have "positive effects on other official proceedings being conducted in Europe against Volkswagen" and its subsidiaries.

In fact, output of harmful fine particulates and nitrogen oxides (NOx), which can cause respiratory and heart diseases, was far higher than legally permitted.

VW's chief executive at the time of the diesel scandal Martin Winterkorn stepped down soon after the news broke, while successor Matthias Mueller was hastily replaced earlier this year.

Both are suspected of knowing earlier than they have so far admitted about the cheating, meaning they failed in their duty to inform investors in the car giant about the financial risks.

The "dieselgate" saga has cast a pall over Germany's vaunted car industry, with suspicions of emissions manipulation since spreading to other companies.

Luxury carmaker BMW and Mercedes-owned Daimler have both had their offices raided by investigators searching for evidence of possible cheating.

In the spiraling scandal, Germany ordered Monday the recall of some 774,000 Daimler vehicles across Europe, citing illegal defeat devices.